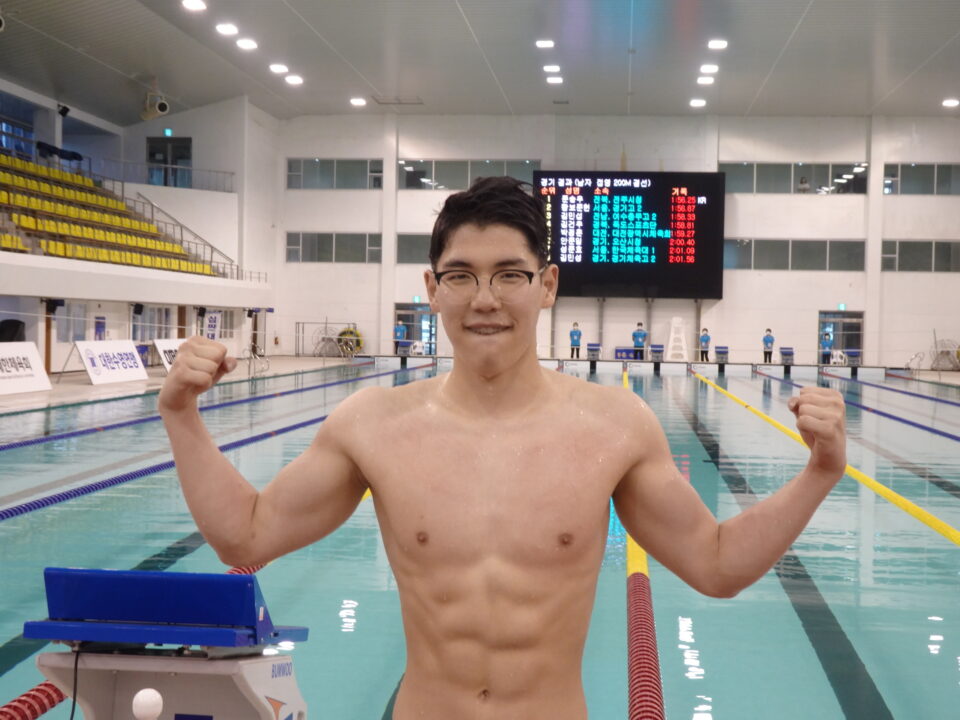 The penultimate day of action at the 2021 Korean National Trials saw Moon Seungwoo produce a new national record in the men’s 200m butterfly in a time of 1:56.25.

Entering this meet, 19-year-old Moon’s personal best rested at the 1:57.31 he notched at the Korean Championships last November. Flash forward to tonight, however, and the teen got it done for gold in the first sub-1:57 effort of his career.

Of his race this evening, Moon stated, “Honestly I had 1:55 in mind so slightly disappointed with the time itself, but I can’t wait to get an Olympic ring tattoo soon!”

Moon’s time dips under the FINA ‘A’ qualification standard of 1:56.48 needed to qualify for this summer’s Olympic Games, so the man has accomplished putting his name onto the Korean roster for Tokyo.

He also checks in among the top 20 performers on the season, ranking 18th.

Park Tae-hwan effect starting to come through for Korea? So many fast teens breaking out.

Love the flexes on display by these teenage Korean phenoms after their records.

He seems fun! Looking forward to his rise as a world class swimmer