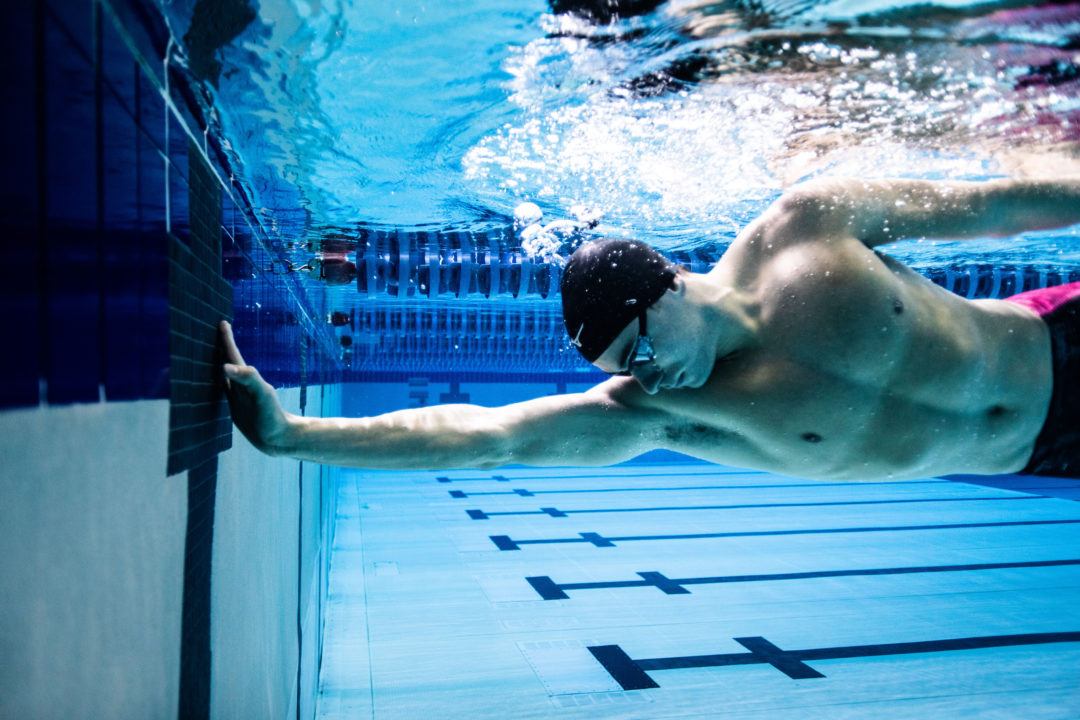 Swimming, as a sport, is challenge enough. Why not eliminate your discomfort with Smack Suit and Smack Straps for your goggles…

Swimmers are now able to track their workouts in real-time and share performance results directly in the Apple Health app.

Mizuno, the global specialty sporting goods company, is furthering its commitment to the U.S. swimming market and has signed American freestyler, Blake Pieroni, in his first professional contract. A gold medalist and current member of the United States National Team, Pieroni is the first sponsored swimmer for Mizuno USA.

“Blake possesses the qualities as an athlete and individual we believe in at Mizuno,” said Tomohiro Ota, Chief Marketing Officer of Mizuno USA. “His insight in the competitive swimming landscape and perspective on performance swimming products to come will be of great value to Mizuno in the U.S. market as well as globally. We are proud to have him join our family of athletes in the U.S. and around the world.”

During this partnership, Pieroni will wear Mizuno GX-Sonic tech suit and swim gear, along with other Mizuno training footwear and apparel. He will also provide advice for the improvement and development of Mizuno’s swim products, and will be a part of the advertising, communications and publicity activities for Mizuno.

“I am excited and honored to partner with such a prestigious brand that is beginning to transition into the American market,” said Pieroni. “I hope to bring insight from an athlete’s perspective while distinguishing Mizuno as the premier brand in the sport.”

Swimming has always been in the family. Pieroni’s father swam for Purdue and was the inspiration for starting his own swim career – with his dad as his first coach at age seven. As a junior in high school, he decided to pursue a collegiate swim career and officially committed to the Indiana University. Pieroni thrives off the competitive atmosphere of the sport and appreciates the consistency and uniformity.

“One of the things that I love about swimming is how objective the sport is, said Pieroni. “There are no judges, or referees, that could sway the decision of a race. It’s completely dependent on you, the only thing that matters is if you’ve put in the work.”

Pieroni will make his first appearance as a Mizuno athlete at the 2018 FINA Short Course World Swimming Championships in Hangzhou, China from December 11 – 16, 2018.