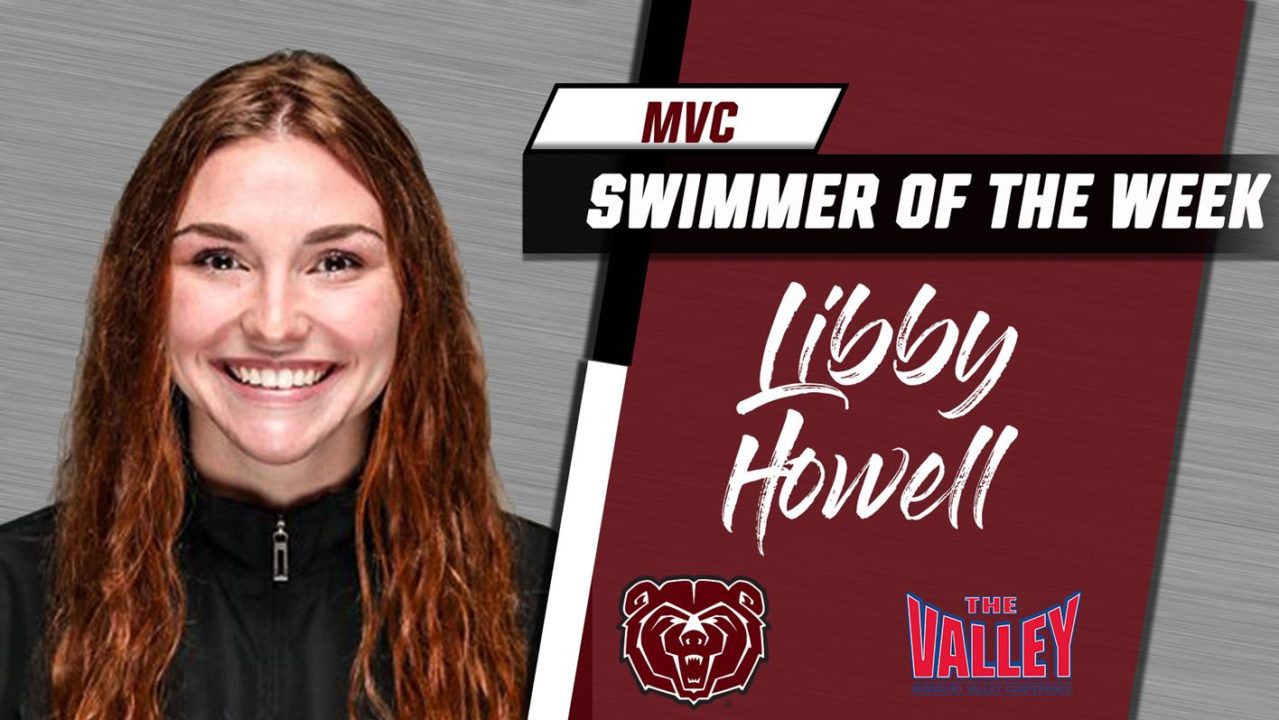 “Libby has been on another level this year,” Missouri State head coach Dave Collins acknowledged. “She continues to knock down some major time barriers which is motivating her in training.”

Howell, a senior from Bixby, Okla., broke a school record, won two individual events and led a relay team to victory Sunday at Missouri. Her school record came in the 200 Free where she swam a 1:46.51 to break her own school record by nearly a second. She also won the 100 backstroke (55.12) and led the 400-yard freestyle relay team to a win.

“The shortened season has given me a lot of motivation for practices and meets because of the time away from competing last year,” Howell said. “I am grateful for having a season and it gives me confidence in what the rest of the season looks like.”

The award was Howell’s second weekly honor this season as she was named MVC Swimmer of the Week back on Feb. 17.

The Bears will continue the 2020-21 season March 5-6, when they travel to Carbondale, Ill., for a dual meet with Southern Illinois.