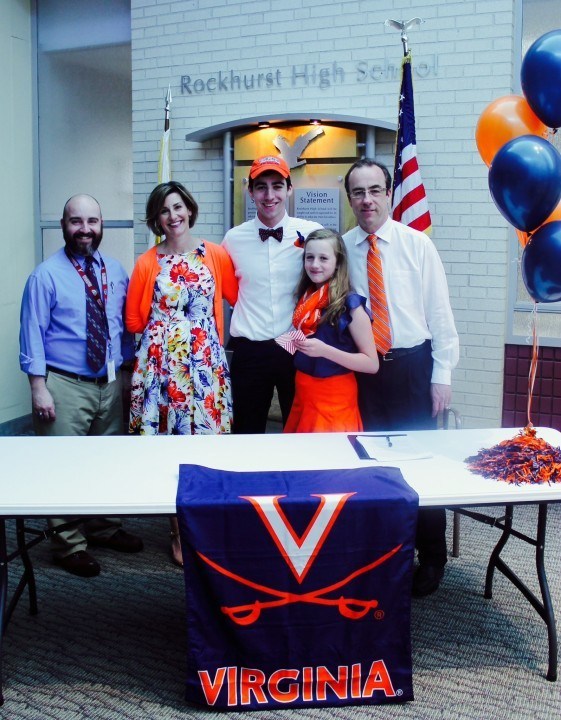 Alex Albracht has signed an NLI, committing to swim for the Virginia Cavaliers beginning with the 2015-16 season.

Alex Albracht has signed an NLI, committing to swim for the Virginia Cavaliers beginning with the 2015-16 season.

A senior at Rockhurst High School and team captain for the Rockhurst Aquahawks, Albracht led the team to their record 11th straight Missouri state championship. Albracht won the 100 breast state title (57.06) and was runner-up in the 200 IM (1:53.39); he was also on Rockhurst’s 400 free and 200 medley relays, the latter of which set the meet record.

Albracht swims with Kansas City Swim Academy under Mary Jo Klier. He recently finaled in the 100/200 breast and 200 IM at the NCSA Spring Championships, and his top times include:

The Cavaliers finished eighth by one point at last season’s ACC championships, but are bringing in a talented group of recruits that include Albracht and: