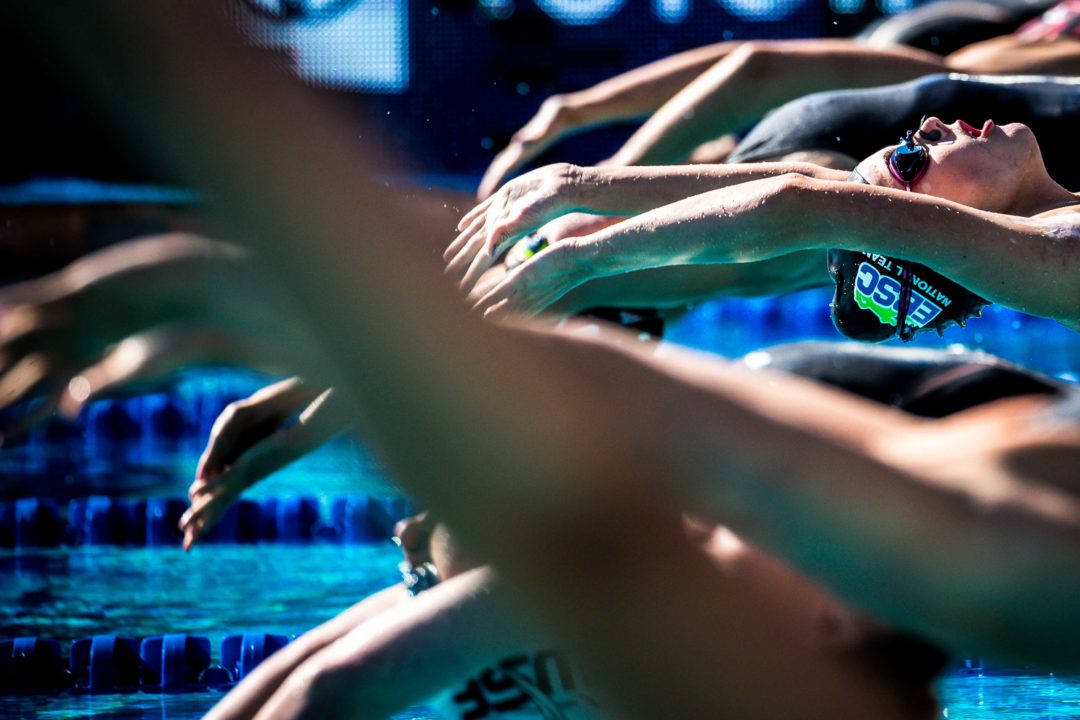 Wanezek matches her best time set at U.S. trials this April, which had qualified her to swim the 100 back at the Junior Pan Pacs this summer. Archive photo via Jack Spitser/Spitser Photography

Night two of the Minneapolis sectionals was highlighted by a win from Elmbrook Swim Club’s Maggie Wanezek, who put down a time of 1:00.76 in the women’s 100 back. The most impressive thing about this swim is that she matched her personal best time set at U.S. trials this April, which had qualified her for the Junior Pan Pacs team in the event. In addition, it also would have tied for 14th in the semifinals at the 2022 World Championships.

A big swim on the men’s side came from Arizona State swimmer Andrew Gray, who took the 200 free in a time of 1:49.61. He was just a few tenths off his best time of 1:48.98 set at U.S. trials. Minnesota’s Christopher Morris was the only other swimmer under the 1:50 mark in the race, going a massive lifetime best of 1:49.84 to take second. Morris dropped nearly a second off his  PB in the 100 free yesterday, and continued that trend of improvement into the 200 as his fastest time before this meet was a 1:51.90.

Ziyad Saleem, who is just coming off representing Sudan at the World Championships, won the 100 back in a time of 55.81. He was just 0.06 seconds off his worlds time of 55.75, which he swam to finish 28th in the prelims of that meet.

Coming off a win and a two-second drop in the 200 breast yesterday, Lance Johnson picked up a second title in the men’s 400 IM, clocking a time of 4:24.83 to win by over two seconds. This is a huge improvement from his previous best time of 4:28.62 set this June. Reese Tiltmann, younger sister of Virginia star Riley Tiltmann, won the women’s edition of the race in a time of 4:53.87.

it is amazing that they can post ALL 8 swimmers’ time at the every turn. Stuff you can’t see at World meets. Magic!