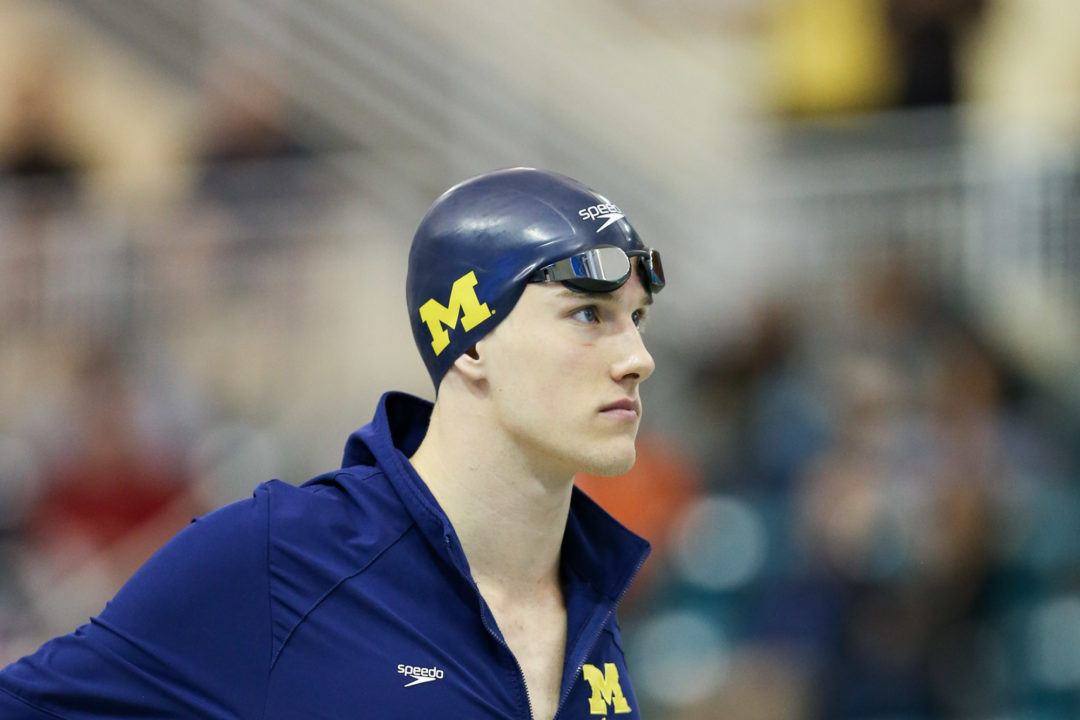 Paul Powers returns for the Maize and Blue after breaking the B1G record in the 50 free last season. Archive photo via Tim Binning/TheSwimPictures.com

SwimTopia Teams Now Have Easy Access to Adding Team Stores Powered by SwimOutlet to Their Websites.

The Michigan Wolverines have released their men’s and women’s schedules for the 2016-17 season, with both squads gearing up for a home battle with the visiting Louisville Cardinals.

The reigning B1G Women’s Champions Michigan will compete against a strong Louisville team that is beginning its first season without American record holder and 2016 Olympian Kelsi Worrell– both teams finished in the top 10 at last year’s NCAA Championships. On the men’s side, the Wolverines will pit a young team against a senior-laden Cardinal program.

After that two-day matchup on the 7th and 8th of October, the women will travel to Dallas, TX, for the SMU Classic. Both squads will meet up again in Charlottesville, VA, where they’ll face Big Ten foe Penn State along with another one of the ACC’s best, UVA.

Both teams will then partake in the inaugural USA College Challenge, before racing at the Georgia Fall Invite in early December for a mid-season championship.

After the break, the Wolverines will string through three dual meets with B1G rivals Indiana, Ohio State, and Michigan State. Following that, it’ll be championship season. Check out full men’s and women’s schedules below.