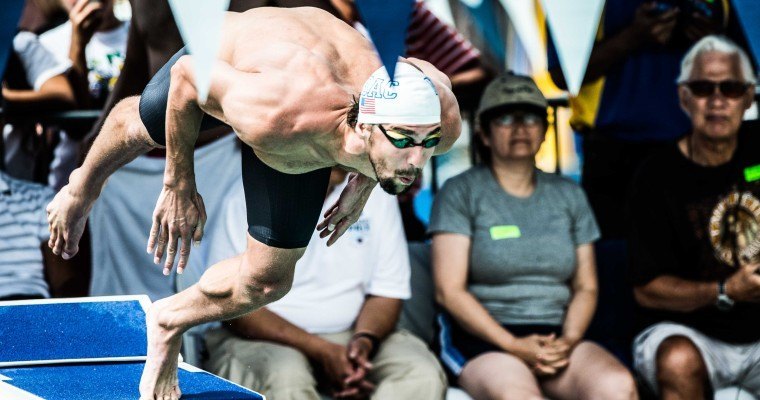 Meet organizers tell us that Michael Phelps and the North Baltimore Crew will be heading to Athens, Georgia for the... Archive photo via Mike Lewis/Ola Vista Photography

Meet organizers tell us that Michael Phelps and the North Baltimore Crew will be heading to Athens, Georgia for the Bulldog Grand Slam July 10th through July 13th. This meet was conceived to fill the “void in the racing schedule between the final stop on the Grand Prix circuit in Santa Clara in mid-June and USA Swimming’s National Championships.” SwimMAC star Ryan Lochte is also entered in the meet, and meet organizers say that he will be expected to compete.

There is a strong connection between the University of Georgia and North Baltimore Aquatic Club. Chase Kalisz and Allison Schmitt, two of NBAC’s top dawgs, have done very well for both squads.

Megan Romano is another Georgia swimmer that has worked with Bob Bowman and NBAC. She has developed into a world class sprinter over the last few years. Between the Charlotte GP and the Santa Clara GP, Romano was with NBAC at their altitude training camp in Colorado Springs. Before that, she actually spent time training with SwimMAC Carolina as well, and so should have a lot of familiar eyes watching her races in Athens next week.

She is back in the water with the Athens Bull Dog Swim Club for now and is planning to stay there until nationals and Pan Pac’s if she qualifies. After those meets, however, she told us she is undecided about whether she should stay in Athens or find a new home with another team. The situation is still very complicated with Jack Baurle, as no one exactly knows what is going on. On the UGA website, Baurle is still pictured, but there is not a job title under his name. Harvey Humphries’ job title still reads “Acting Head Coach” while Jerry Champer and Brian Smith are both listed as associate head coaches.

Back to the Grand Slam; the meet was originally for Athens Bull Dogs,  North Baltimore, SwimMAC, and SwimAtlanta. However, a release from ABSC tells us that in the time since it was announced at the Charlotte Grand Prix, it has grown to include world class athletes from over a dozen teams.

“All Session Passes for the Grand Slam Passes are available, and will be sold online from June 30th – July 8th.  Passes are $35 each and include a Heat Sheet.  To purchase a pass online, click this link.

Single session tickets will be sold on a first come/first served basis.  Tickets for individual sessions will be available at the Ramsey Center ticket booth at a cost of $5.00 for Prelims and Timed Finals; $10.00 for Finals.  Individual session ticket sales will be cash only.  Ticket windows will open 1 hour prior to each meet session.

For more information, see the Bulldog Grand Slam updates in the Hosted Meets section of this website.”

This meet should be interesting. Can’t wait.

better late than never…. 😀
here’s wishing Phelps a happy happy “belated” birthday!
his birthday was 2 days ago (June 30th)
Thanks MP for being an inspiration to us all…swimmer & non swimmer alike.

More importantly will Michael wake up and agree to compete in the 200 Fly.

200 fly is over for Michael ! he prefers to compete in short distances , less gruelling !

Not a chance that Phelps swims the 200 fly. He didn’t make a comeback from retirement to swim the 200 fly.

well, we never know….he might change his mind in the future & swim it 😀
and frankly i’d would love to see Phelps in the 2fly again!
please reconsider it MP. 😀

As a rehabilitating 200 flyer myself (swam it for 5 years prior to college, then just started dabbling with it again last year as a masters swimmer), it takes a hell of a lot of training and pain to get back into the 200 fly!

As an adult not too much off Phelps’ age, I can definitely understand him not trying to ride that bucking bronco again.

exactly ! he confirmed that on the mic of Mel the other day . No need for it ; the need is for other events which i totally understand and agree with ( 100 free and buttefly ) . Go Michael ………….

No. Phelps won’t do this event again. He can’t 4 peat in it because he came in 2nd @ the ’12 Olympics. Only events he has a chance @ is 100fly & 200IM. Plus some relays. But to be honest you never know. Phelps has said things in the past that he wouldn’t do but he ended up swimming them instead. But I believe him this time. Again though you never know. Phelps is really competitive. He might not be my fave but I give him credit for that.

i think Annie zhu is also a Nbac dawg. How long has she been with them?
and are they streaming this meet?

If it’s not streamed, perhaps someone in the stands will be enough smart to film the races.
Generally when Mr Phelps is in the water, the cameras are in the stands.

She is from NYC originally, used to swim on the same club (AGUA) as Lea Neal. The move to NBAC seems to have happened after her freshman year at UGA.

She is from NYC. Swam with Lia on agua until she left for nbac to swim under Bob Bowman her senior year of hs because She represented nbac at trials in 2012. Seems to be doibg well….go Annie!