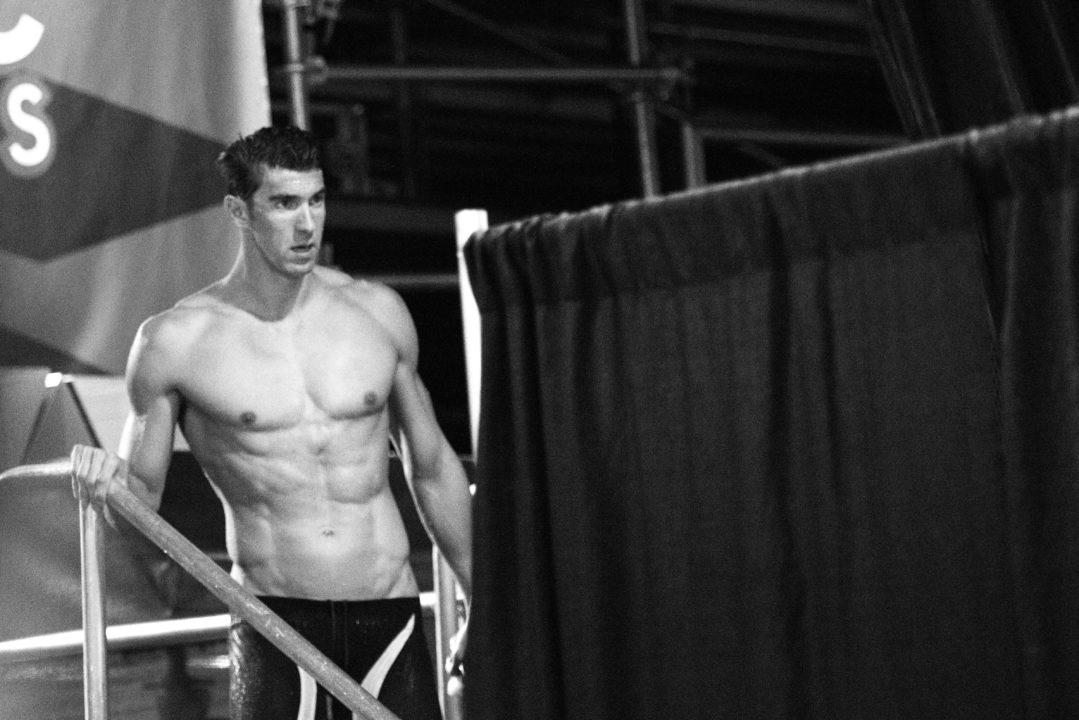 Michael and Nicole Phelps have reportedly put their Arizona home on the market, with their new destination yet unknown. Archive photo via Mike Lewis/Ola Vista Photography

Less than 3 years after moving into his Paradise Valley mansion, American swimming icon Michael Phelps has put his Arizona residence on the market.

The most decorated Olympian of all time has since given fans a glimpse into the modern house, including the outdoor pool where Boomer took his first splashes. Over the past several years, fans following Phelps’ social media accounts have seen Bowman, Australian distance legend Grant Hackett and Olympic teammate Allison Schmitt, among others, spend lengths of time at the house.

Phelps, who originally paid a reported $2.53 million for the 6,010 square foot house, has listed the house for $4.125 million. (AZ Central). The Phelps family grew by one in February of this year when they welcomed son #2, Beckett.

There is no news on where the family is headed next. Phelps was born and raised in Baltimore where his mother still resides.

Phelps is worth an estimated $55 mil*. If so, did he really need the $4 mil from selling “The Phelps House”? Even if moving out?
I hope it isn’t a money issue.

Isn’t he an assistant or volunteer assistant with ASU? Could we see him going some place on his own coach? LA would also be a better place to be to grow the MP brand than Arizona?

assistant or volunteer assistant with ASU- I thought the same

I think he only did that for a year

Wasn’t Alison Schmitt living with them? Where’s she moving/moved to?

rent her own place?

sure, Iknow she has options, just curios what is actually happening with her considering shes on the comeback trail. I assume staying with Bob wasn`t even a question.

Yes, because the neighborhoods with 6,000-square-foot mansions are in notoriously awful school districts, and they couldn’t afford a private school, right?

Must be a slow swim-news day.

Exactly. Why does anyone give a rip? He’s selling his house and moving to another one. Stop the presses! Why does anyone think this is their business or worthy of speculation? Get in the pool and swim or something. All of you.

The topic itself isn’t worth the bandwidth it’s taking up on the Internet, but trolling you lot and questioning why anyone cares, on the other hand… well, you understand the difference, right?

How strange, I forgot that it’s up to you to decide what everybody else should take interest in.

take it down 17 notches there captain newsworthy