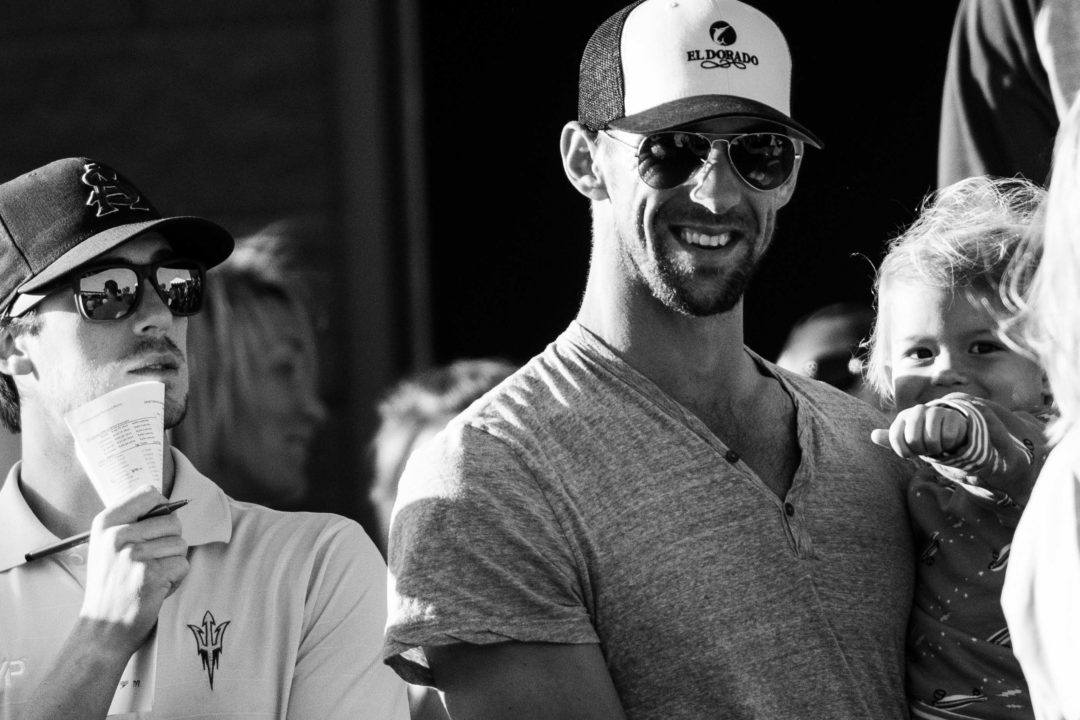 18-year-old Matt Richards placed 2nd in the men’s 100m free tonight in London, getting under the consideration standard in the process.

Duncan Scott already got under the Olympic consideration standard in the 100 free prelims, but let’s see what he has in store for tonight.

Michael Phelps, the most decorated modern Olympian, made an appearance on NBC’s Today talk show on Wednesday to give advice to athletes preparing for the postponed Tokyo 2021 Olympics.

“Paying attention to what you can control” is key, he says. “If I was preparing myself for these games, that would be the one thing I’d be focusing on.”

Phelps has become a regular guest on NBC’s flagship daytime show. The network also holds the US rights to the Olympic Games, so that topic comes up frequently in his appearances, as do Phelps’ new projects in mental health.

The 35-year old Phelps retired after the 2016 Olympic Games and lives in Arizona with his wife, Nicole, and their 3 sons Boomer, Beckett, and Maverick.

The 2020 Tokyo Olympic Games were originally scheduled to be held from July 24-August 8, 2020, but were postponed until 2021 because of the global coronavirus pandemic. The new dates for the event are July 23-August 8, 2021.

All public indications are that organizers are still moving full-steam toward expecting a Summer Olympic Games in 2021, with some modifications.

Didn’t know he competed in the Olympics when he was 11. Must have still been six feet back then though.

Read it properly . The first he hasn’t been in since 1996

and 7 other people were just as silly