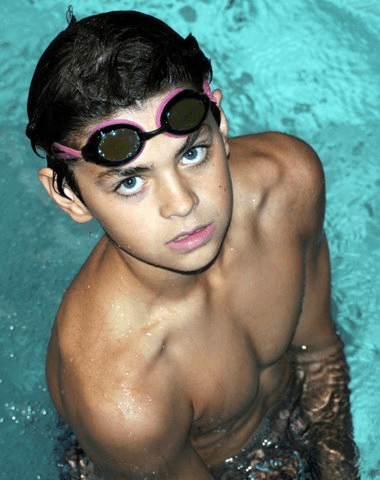 Michael Andrew took down another National Age Group Record today in Kansas and it wasn't even close.

The epic that is the story of Michael Andrew’s explosion of the 11-12 National Age Group Record books continued today at Topeka’s Capitol Federal Natatorium at the Missouri Valley Swimming Division I Championships.

Andrew finished knocking Andrew Jovanovic out of the record book by blowing up his 100 yard free record. Michael Andrew swam a 47.95 at today’s meet that blew up Jovanovic’s old record of 48.25. This makes Andrew the first 12-year old to ever break the 48-second barrier. That now gives him over one-third (seven out of 18) of the National Age Group Records in yards for  that group, in addition to his two long course marks.

In other swims in the meet, Andrew posted a 1:57.72. That’s roughly six-tenths faster than his previous lifetime best in the race, only two weeks later, and makes him the 2nd-fastest swimmer in this age group of all time. One of the ultimate targets for Andrew before he turns 13 would be to take down this particular NAG record, though he’s still a ways off of Chas Morton’s 1:56.61 from 1984. He’s got probably two more chances before aging up, but at the rate he’s still improving, it’s not totally out of the question.

In total, in Andrew’s 6 swims on the first day of the meet, he went 6 personal bests. Despite his high times, Andrew is still making huge improvements at every meet, and it’s simply stunning. Given the swims he’s had already, I’d bet that at least two more marks go down this weekend.