Michael Andrew to Compete at The Fastest Man in Texas Shootout 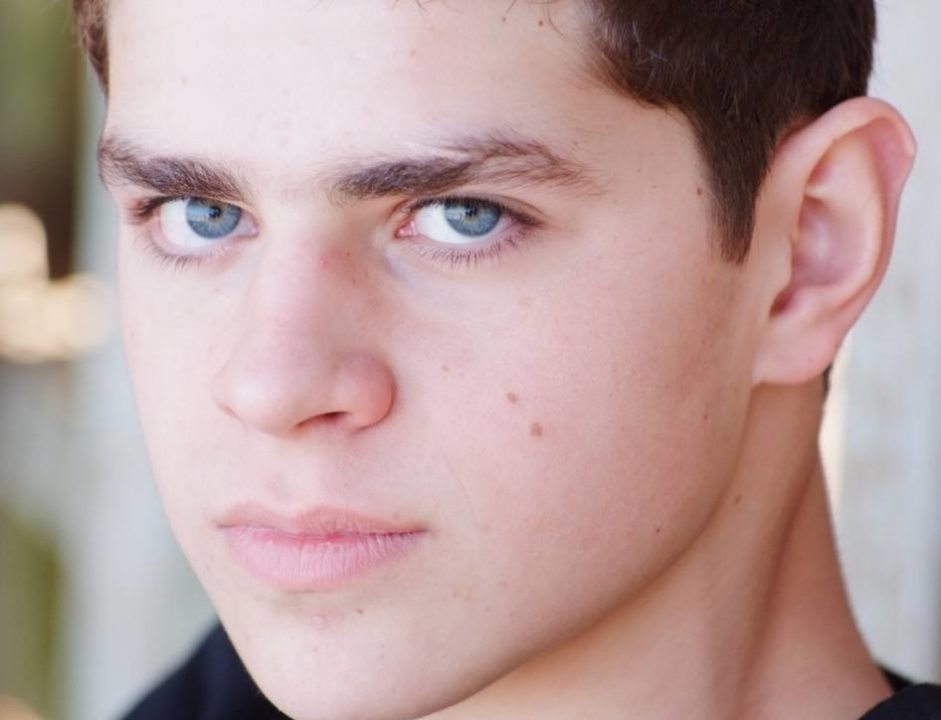 Michael Andrew, the youngest professional swimmer ever, is racing at The Fastest Man in Texas Shootout in San Antonio, Texas, Saturday, November 9th, for a chance to win $10,001. (Image courtesy of TA)

Summer League Swimming’s Safer Summer Program provides you with all of our quality products to help create a safer summer for everyone.

Funky Trunks and Funkita Athletes Fire Up for Aussie Trials

Brendon Smith is one to watch.

Competitor: On Deck At The World Trials

Competitor, the Official Lane Provider for USA Swimming, was proud to once again have its lane lines in place for the Phillips 66 International Team Trials.

Track and field is in a position similar to swimming, with a need of establishing itself outside of the Olympic Games so professionals can make a living.

If you don’t like the career you’re in, you might want to work in the swimming community and be a part of our swimming family! Go here to see 3,546 Swim Jobs

Michael Andrew is not satisfied with being the fastest 10 year old ever or even the fastest 12 year old ever, he wants to be the Fastest Man in Texas! With six more months to assault the 14 year old record books, Michael Andrew, the youngest professional swimmer ever, is racing at The Fastest Man in Texas Shootout in San Antonio, Texas, Saturday, November 9th, for a chance to win $10,001.  Josh Davis, the founder of the meet and fellow competitor, went to Michael’s home in Lawrence, Kansas to personally invite him to race.  While training with Michael and his dad/coach Peter Andrew in the two-lane 25 meter pool in their backyard, Josh was so impressed and inspired with their Ultra Short Race Pace Training (USRPT) method that Josh has committed to using the USRPT method also!

Michael Andrew and Josh Davis will face-off at the 2013 Fastest Man in Texas Shootout. (Image courtesy of MOO BOSC)

They now have sixty days to prepare for the Fastest Man in Texas Shootout.  Josh guessed that a 19.9 might get him 3rd place and a chance at the $1,000 prize, but the winning time would be closer to 19.2 or faster.  Prize money is $10,001 for first, $3,000 for 2nd and $1,000 for 3rd. It will be difficult taking on the likes of super sprinters, Josh Schneider and Olympian Jimmy Feigen, but Michael is very excited about the prospect of racing the best.  Michael’s goal is to be the first 14 year old to break 20 and Josh’s goal is to not let a 14 year old beat him.  Josh will probably need to borrow some of Michael’s P2 Life supplements also.  But seriously, if the USRPT method can help a 14 year old break records and a 41 year old get faster than maybe we should take note.  Josh will report more on his training progress and his interview with Michael soon.

The Fastest Man in Texas Shootout will take place 11am to 12pm on Saturday, November 9th at the Josh Davis Swim Center.  There are 10 racers so far and more will be announced as they contact meet founder Josh Davis.

THE WINNER OF THE FASTEST MAN IN TEXAS SHOOTOUT SATURDAY NOVEMBER 9TH AT THE JOSH DAVIS NATATORIUM IN SAN ANTONIO, TX WILL HAVE MAJOR BRAGGING RIGHTS AND IS GOING TO BE $10,001 RICHER!

Whoever wants to claim the prize will have to go through defending champion and pool record holderJimmy Feigen.  This is Feigen’s home pool and Jimmy just got 2nd in the 100m free at the World Championships in Spain.  Other athletes committed so far is 2-time Olympian and Masters champion-Josh Davis, UT sprint star-John Murray, SMU sprinter-Ryan Koops, and Olympic Butterfly Legend Ian Crocker. Coming from outside the Lone Star State is one of Jimmy’s fiercest rivals, Josh Schneider, the former football player turned NCAA swimming champion from Ohio.

In addition to the $10,001 grand prize the Fastest Man in Texas will receive a commerative belt buckle and boots. Other prizes are $3000 for second and $1000 for third.  Shootout is limited to 16 athletes total.  Only those who are done with college eligibility will receive prize money. We will announce additional racers for the Fastest Man in Texas Shootout as they contact Josh and commit.  The race will be held at the Josh Davis Natatorium which is a 25 yard by 25 meters pool with an average depth of 11 feet with surface level gutters.  The blocks are huge SR Smith launching pads and there is seating for 750 people on each side for a total of 1500 fans right on top of the action.  Simply put, this pool is fast and perfectly suited for a Fastest Man Shootout!  The Shootout format will consist of qualifying match races by the participants around 11:30 and then the final race of the top 8 will take place right at High Noon!   19 seconds later someone is walking away with a $10,001 check!

“WHEN THE OLYMPIANS RACED IN MY MOM’S HONOR AT THE FIRST FASTEST MAN IN TEXAS SHOOTOUT TWO YEARS AGO IT WAS ONE OF THE HIGHLIGHTS OF HER LIFE.  I HAD NO IDEA WE WOULD LOSE HER SO SOON JUST 8 MONTHS LATER.  ALL SWIMMERS SHOULD THANK THEIR SWIM MOMS FOR THEIR LOVE AND SUPPORT.  THE FASTEST MAN IN TEXAS SHOOTOUT IS HONORED TO PARTNER WITH THE JOAN DAVIS/BATTLE FOR THE CROWN INVITE EVERY TWO YEARS TO HONOR MY MOM’S MEMORY AND IN A SMALL WAY TO SAY THANK YOU TO ALL OF OUR SWIM MOMS OUT THERE.”

Josh started hosting clinics 17 years ago after he won 3 gold medals in the 1996 Atlanta Centennial Olympic Games.  He has been the director of the Mutual of Omaha BREAKout! Swim Clinic Tour for the last 7 years and is set to celebrate it’s 600th clinic later this year!  Mutual of Omaha is a major sponsor of USA Swimming and the leading provider of Olympian clinics across the country.  For more information on bringing an Olympian to your team check out: www.breakoutswimclinic.com

HERE IS A LIST OF CLINICIANS/OLYMPIANS TO CHOOSE FROM TO INSPIRE YOUR SWIMMERS:

Let’s be realistic here, Michael has absolutely no chance of winning this race. I hope he breaks the NAG record though

What’s interesting though Devan is that he might not get last, either. The way he trains means hell be the most race-ready in relative terms.

Yeah that’s definitely true, his constant progress is astounding. I might wet myself if he breaks 20 seconds

Curious – is there any significance to the $10,001 prize amount?