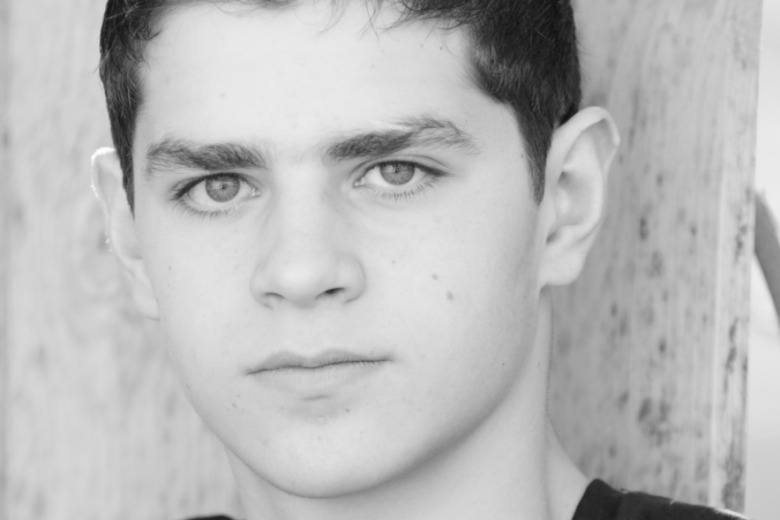 Michael Andrew sat down with SwimSwam contributor and co-founder, Garrett McCaffrey, to explain why he has chosen to turn pro at 14 years old.

Andrew hasn’t been fourteen long. His birthday was April 18th, and just last weekend in Iowa City he became the fastest 13-14 year old over the 50 meter freestyle in American history with a 23.47. That’s the 11th National Age Group (NAG) Record he holds, and he’s broken 32 NAG Records since he started making waves in the pool.

Andrew’s 50 free time ranks him 59th in the nation among all elite males. A few female swimmers, similar in age, rank higher, but women have historically developed faster than men in the sport of swimming. It’s highly unusal for boys to crack the top 60 in the country at 14 years old. The next-closest ranked 14 year old boy is #167.

Andrew has been the source of much intrigue over the last four years. His product endorsement, the youngest ever signed by an American swimmer, will only serve to further increase the buzz, mystique, and hype surrounding the talented young swimmer.  With only one exception among the male ranks, Michael Phelps, the path to elite swimming in the United States has traditionally taken swimmers through the collegiate ranks. With this decision, Andrew will now be ineligible to swim either in high school or NCAA collegiate competition.

Andrew has signed with P2 Life, a high-performance nutrition supplement manufacturer. Terms of the agreement are confidential.

I think his parents are pushing this and maybe think he will be the Tebow of Swimming.
Look at Dagny Knutsen..Her parents pushed her to go pro early and I really think it had a lot to do with her not even swimming anymore.She tried to get her NCAA eligibility back and wasn’t able to. So often Swim Parents get stars in their eyes and cannot see the true picture.
So many swimmers excel at the age of 13-14(often because they have had growth spurts and their competitiors have not yet) and then fall off the map as the rest of the field catches up.
I wish Michael Andrew all the best but I have seen one… Read more »

Not the whole story on Dagny, but I agree on everything else.

Good interview. Seems like a nice guy. Cool that he has a strong religious faith. I agree with the consensus that MA is going pro a bit too soon, but hey, it’s a free country. If he isn’t reaching his goals by 18 he might not want to swim anymore anyway. Again would like to remind people that he isn’t banned from higher education, just doing college sports.

Nothing about that interview made me think he really knew what he was doing by making this decision and it is nice that he is strong in his faith but I don’t think a 14 year old needs to be preaching to anyone.

The child is 14. NAG champ or not, he has years of maturation ahead of him, as evidenced by his devaluation of post- secondary education. Planning to get an online degree doesn’t sound like the most well-thought of ideas, but again, this information is coming from the mouth of a minor. The good news is it sounds like this is a family decision. Nobody can accomplish what he has done and what he wants to do without a high level of support. Best of luck to the Andrew family.

times aren’t really much speacial but my god his 50 nad 100fly is sick.50free is also a beast,but really,he could excell in fly events.Best of luck to him

If this is a success then it could have a positive impact on swimming with more attention and more success for pro swimmers, but I do agree it seems like a lot of risk without much reward.

He doesn’t have a shot at Worlds this summer, so the next major meet is over two years away (Worlds 2015), and the Olympics are in 3 years. Why not swim another 2 years then turn pro before the Olympics when it’s time to cash in. And if he’s not swimming well, then he could go to college and stay amateur.

Hindsight I guess, as a swimming fan I wish him the best of luck. You can’t be a star unless you’re willing… Read more »

One little thing that stuck out to me was that he kept saying “we” not “I”. Michael is the one doing the great things in the pool, not his parents