Miami Redhawks Round Out Staff with Tyler Coffing 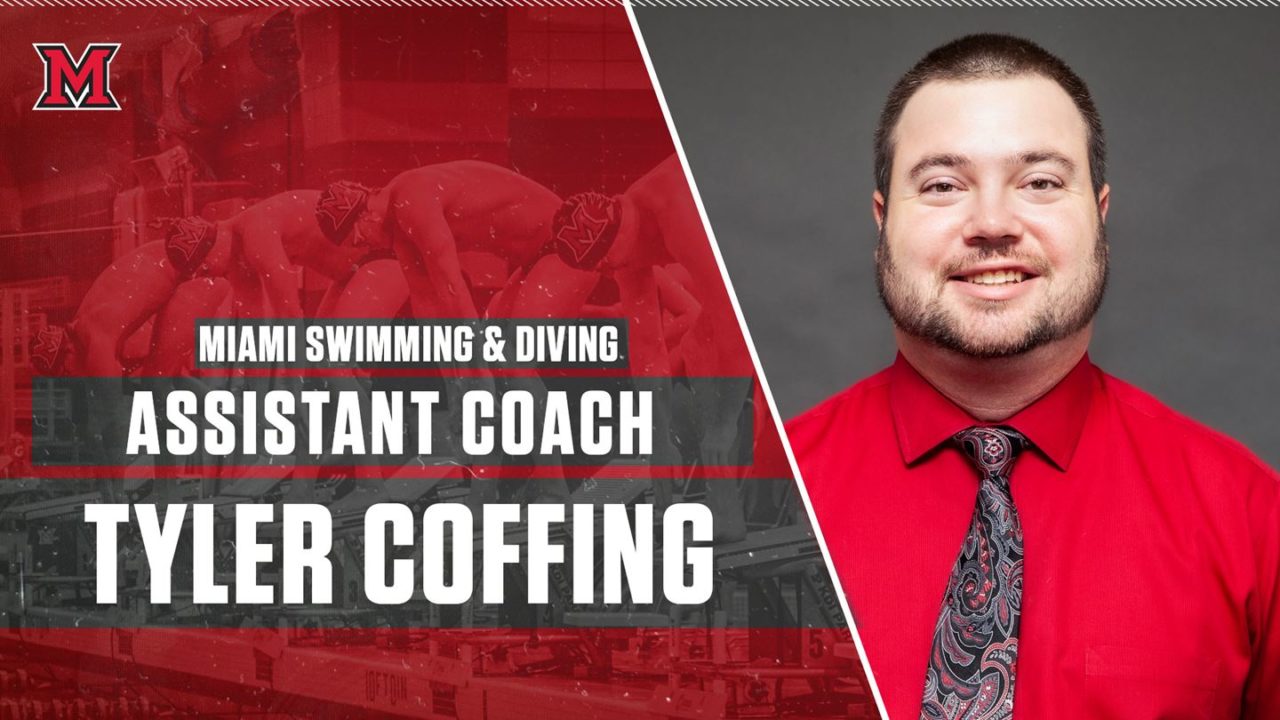 OXFORD, Ohio – Head Coach Hollie Bonewit-Cron announced the addition of Tyler Coffing to the swimming and diving staff on Wednesday. Coffing will serve as an assistant coach.

“Tyler’s ambition and eagerness to not only work with highly driven student-athletes, but to be a Miami RedHawk was evident from the start,” said Bonewit-Cron. “I am excited about his future with our program that will help our student-athletes grow in the water and in the classroom. His initiative to help in every aspect of our program will help us collectively continue our upward climb.”

Prior to his time at UMW, Coffing spent a season at Michigan State as a volunteer assistant coach. He worked primarily with the sprint freestyle and IM groups.

Coffing has also been a camp counselor at both Princeton and the University of Texas at Austin since earning his undergraduate degree.

Coffing earned a bachelor’s degree in Health Behavior Science with a minor in coaching science from the University of Delaware in 2017.