Meilutyte and Walker Lend Support to Swimming In The Cayman Islands 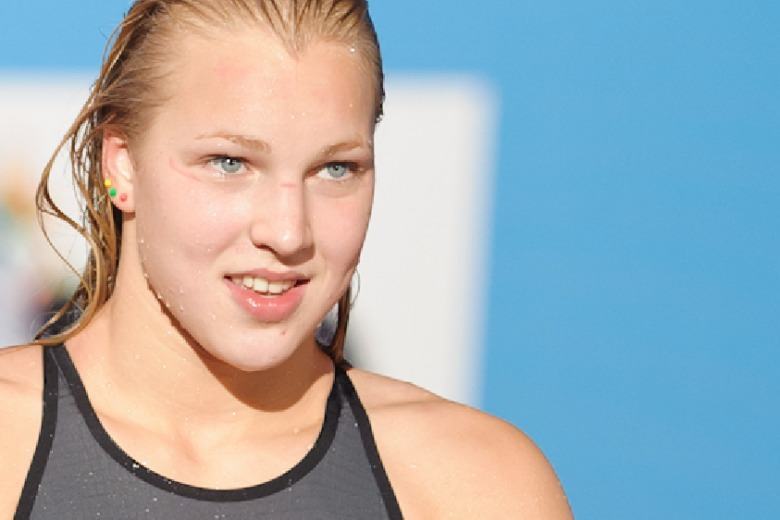 The proceeds from the event go towards swimming programs and intiatives in the Cayman Islands. The two biggest sponsors of the Splash, Dash and Dine’s are KPMG and Appleby, “KPMG is proud to support the Cayman Islands Amateur Swimming Association, as they do a tremendous job encouraging people of all ages to stay active, and proceeds from the Splash, Dash, and Dine event will go towards upcoming programs,” John Ferrari, of KPMG told the Caymanian Compass.

“We were pleased to welcome such accomplished Olympians and coaches to the island and enjoyed the events they took part in.”

The two Olympic champions were joined by coaches Jon Rudd and Dave Kelsheimer. Rudd is the Head Coach of Plymouth Leander where he coaches Meilutyte while Kelsheimer is the CEO and Head Coach of Team Santa Monica.

Kelsheimer is the former Cayman Islands National Team Coach and is best known for the success he has had with Open Water athletes.

The two coaches lead clinics for athletes 10 & under and 11 & over while Meilutyte and Walker demonstrated the skills the coaches were teaching.

Meilutyte and Walker then competed in an open water swim sponsored by Care Pharmacy. To increase participation in the first year of the swim, the organizers kept the event distances short, running a 200 and 400 meter competition.

Meilutyte finished fourth in the 400 while Walker finished 14th.

The final event of the weekend was a dinner which served as both a fundraiser and awards gala. Kelsheimer emceed the dinner which was a tremendous success, “This is an annual event which allows CIASA to recognize the swimmers for achievements in CIASA events, members of the community who have assisted CIASA over the past year and previously, and our sponsor,” said CIASA President Peter MacKay.

“We had a tremendous turn out this year and we thank our swimmers, members and supporters for making it so successful.”