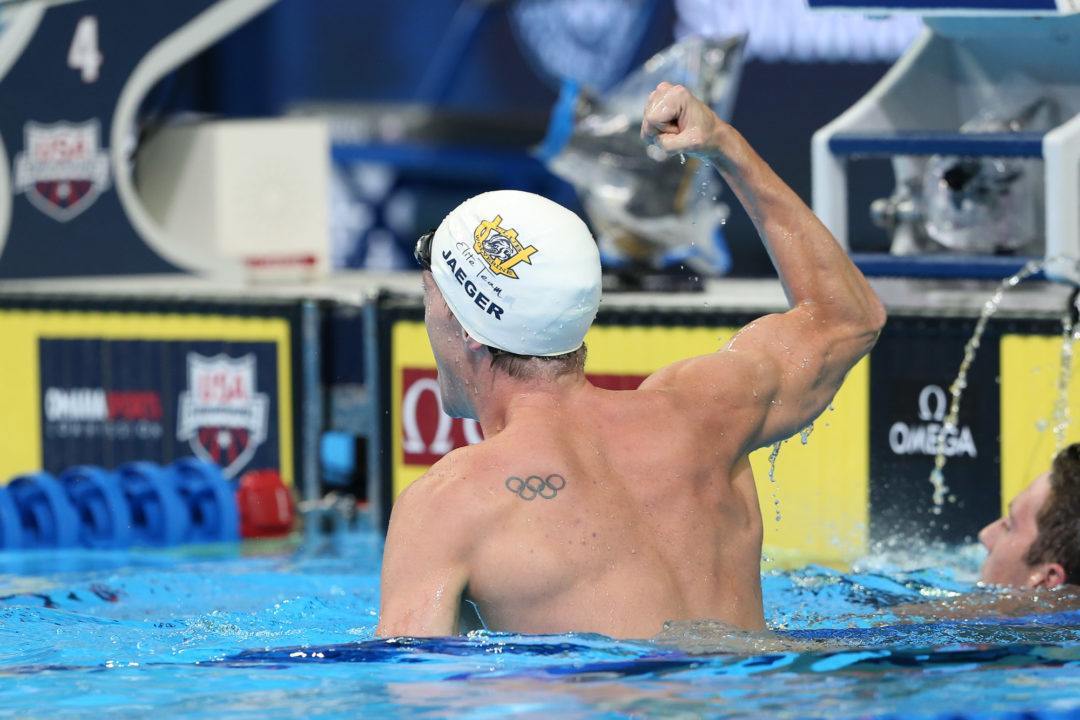 Meet 2016 Olympian Connor Jaeger, who hails from Fair Haven, New Jersey. In the video Jaeger discusses how he has grown to appreciate what his parents have done for him throughout his life, and when he was young he wouldn’t think anything of it if they drove him to practice or spent an entire weekend at a meet, but now that he’s older he appreciates more and will continue to appreciate it. He also speaks about how qualifying for the Olympic team four years ago was a surprise, and now his goals go beyond making the team this time, having to do more with performing at the Olympics. He also speaks to how he appreciates all of the sacrifices everyone in his life had made for him the last four years.

Jaeger began swimming at the Central Jersey Aquatic Club at the age of 8, and quickly showed promise qualifying for New Jersey All-Star and Junior Olympic teams as a youngster. By the time he graduated high school in 2010, Jaeger was named All-State in the 200yd freestyle and set five Shore Conference records.

He continued is international success in 2014 and 2015, winning Pan Pac gold in the mile in 2014 and winning silver in a new American record of 14:41.20 in the 1500 to go along with two fourth place finishes in the 400 and 800. He qualified for his second Olympic team in Omaha this past June/early July, winning both the 400 free and 1500 free to punch his ticket to Rio in two events. Jaeger is a legitimate medal contender in both events.

Great guy!! Seems so laid back. Think I heard this will be his last Olympics as he plans to move on in his life & use his engineering degree to get a real job. Best of luck with everything Connor!