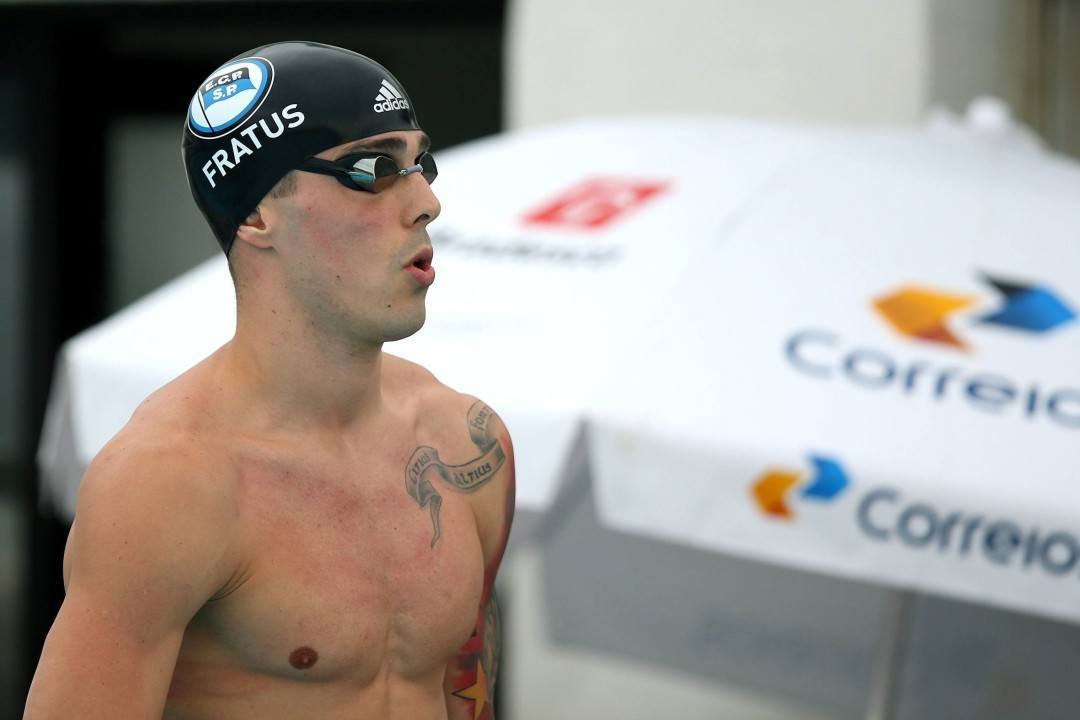 Bruno Fratus is just one of the Brazilian stars set to compete at the Jose Finkel Trophy, which starts on August 17th. Archive photo via Foto: Satiro Sodre/SSPress

The 44th annual José Finkel Trophy is slated to begin Monday, August 17th at the indoor pool of Esporte Clube Pinheiros in São Paulo and some of the biggest names in Brazilian swimming are set to compete.  377 participants across 39 clubs appear on the start lists, including Nicholas Santos, Etiene Medeiros, Thiago Pereira and Bruno Fratus.  Olympic champion Cesar Cielo will be absent due to his shoulder injury which caused him to pull out of the world championships last week.

The meet has typically been held in short course meters, but -as with the FINA World Cup- has changed to long course meters in light of the 2016 Rio Olympics, now just a year away.

Etiene Medeiros, the 2015 FINA World Championships silver medalist in the women’s 50m backstroke, is also one to watch at the Trophy.  Look for her to compete in the 50m and 100m backstroke races, as well as the 50m butterfly and 50m freestyle events.

Club Tennis Minas is gunning for its fifth consecutive Finkel Trophy team victory.  With the meet title being a hugely sought after prize among the clubs, Minas has enlisted foreign athletes to help with its quest.  Australian swimmers Taylor McKeown and Prentice Neale will both be representing the club in competition.  McKeown won a bronze medal in Kazan as part of Australia’s 4x100m medley relay, while Neale earned bronze in the 200m breaststroke at 2014’s Pan Pacific Championships.