Measuring A Breaststroker’s Speed Within A Single Stroke: Made Simple & Precise 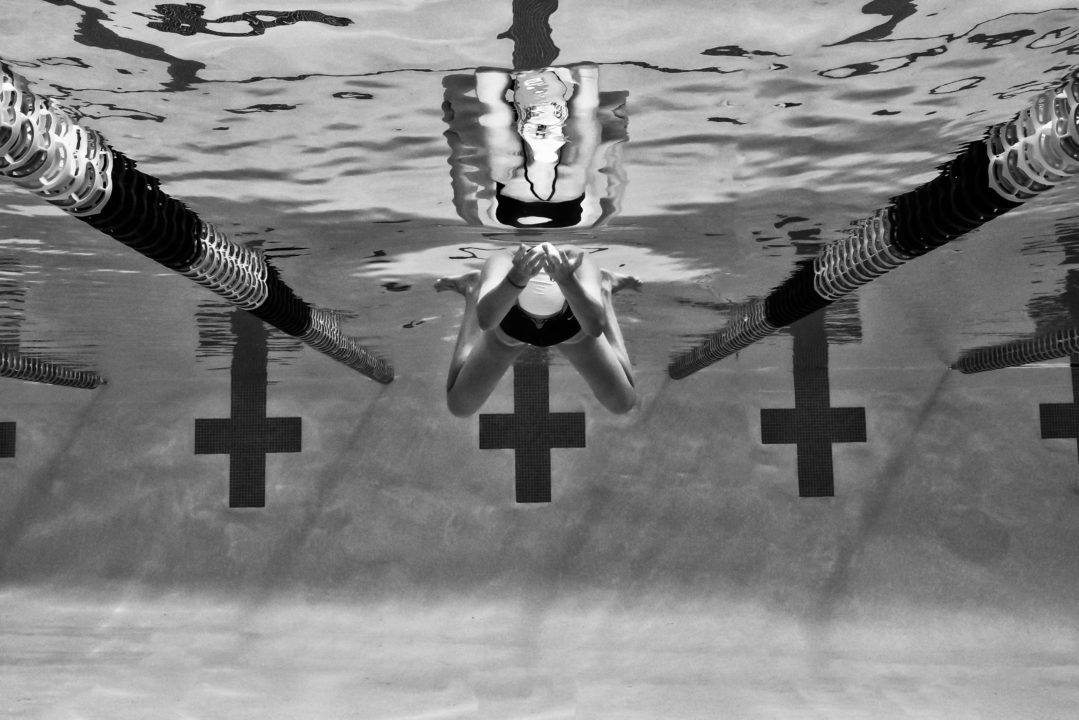 World-renown coach Jozsef Nagy analyzes how to measure the speed changes within a single stroke of breaststroke, and what they mean. Stock photo via Mike Lewis/Ola Vista Photography

The Secret to Swimming Metric Tradeoffs

Improving metrics sets you on the path to improve performance. However, certain metrics influence each other. Improving one may lead to a…

With this short article I would like to suggest/recommend an easily feasible test for coaches who are working with breaststrokers or IM swimmers.

In breaststroke — just like in any other stroke — the primary goal is to swim the given distance as fast as possible. This primary goal has been achieved — within the given rules — with different techniques throughout the history of the stroke. Within these different techniques, the most challenging, and essentially unsolved problem, is to maintain speed within the stroke. So far, I believe the wave breaststroke produced the best solution to this problem, but it is still far from perfect.

First of all, coaches as well as swimmers must know and see exactly where the faster and slower parts within a stroke reside, and what causes these speed differences. One can only begin to correct the technique after having a clear understanding of these elements. In the following text, I would like to propose a very simple solution to measure the speed changes within one stroke. This test/measurement can be applied on the underwater pull out as well as on the regular strokes. The use of a tablet is nothing unique these days. One can make videos easily, can time the swimmer among many other things depending on what applications one has. So, let’s use a tablet!

If the tablet is not water proof then get a waterproof cover first. Then, let’s make an underwater video of the breaststroker from the side with our tablet being still and within 6-8 meters from the swimmer. This way the swimmer will swim in and out of the picture. You only need to capture one stroke, so place your tablet within 6-8 meters of the swimmer. In this way, we get about 3 meters of swimming in the video. We will then analyze this very short video from frame to frame.

Now, let’s measure the size of your tablet’s screen and cut a plastic sheet (obviously transparent) of the same size. Then, draw vertical lines on this sheet of plastic with a very fine sharpie. The spacing of the lines should be 8 millimetres from side to side. Then, number the lines, starting with the left-most vertical line. When the drawing is completed, stick the sheet onto your tablet. Your swimmer will transit the screen across the vertical lines to allow a clear indication of our speed.

Now, define one point on the body of your breaststroker and that will be used as the “measurement point” throughout this test. I actually choose the seam of the swimsuit, around the hips, because it is the closest to the central of gravity.

When you are all set with these preparations, then you can begin to measure the actual speed. You should either play the video as slow as possible or simply go frame by frame. This way when the previously defined point reaches a vertical line on your screen then you can measure the movement down to the point of 0.01 second precision. For example: between the two vertical lines, your point of measurement moved 10 frames (0.10 second) forward.

These are my measurements, made on the examined swimmer through one full stroke, from line 5 to line 19 across 15 vertical zones:

The pull up of the legs (knees and thighs) took place in zone 13 and the speed was 0.34 second per zone.

My aim was to measure exactly one stroke.

According to the measurement, the speed of the swimmer moved between 0.07 and 0.10 seconds per zone. Speed was the fastest (0.07) at the insweep of the pull. It was slowest at the pull up of the legs/knees (0.34!).

Then the backward kicking legs sped up to the previous speed of 09 – 08 – 09 – 09. The emphasis here is not on the numbers – those could be bigger or smaller – but on the difference of speed within the stroke due to different reasons.

It is quite visible in the picture that the measurement point (red dot) is not moving forward. This is because the swimmer has, at this juncture, pulled up her legs, and basically stopped all forward motion for a moment. This moment can be observed and measured on the timer located in the left bottom corner of the screen, it shows 0.14 second difference between the last frame and this one.

It is quite visible on the last picture that the swimmer pulled up her knees underneath the torso and has obviously lost speed at this point, to basically nullify all forward momentum. The loss of height of the arms and hands is also clearly visible, and is even measurable through this technique.

Naturally, we can observe the speed of the stroke segments with our bare eyes, but with this method one can see exactly where each body part is and what it is doing when we observe the independent speed measurements.

As mentioned in the beginning of this article, this is only a method of analysis. The hard part follows after the measurements, at which point the coach (athlete) needs to determine the possible reasons for these speed changes, and their solutions. The work begins when one starts to correct/even out these speed changes!

Nagy was born and raised in Hungary where he won the 1973 Hungarian Jr. National Championship and continued to compete for Hungary afterward. Nagy may know more about the breaststroke than anyone else in the world and was a breaststroker himself. His talent as a swimmer and thereafter application of physics to the sport of swimming, he created the “wave-action breaststroke” bringing him to fame.