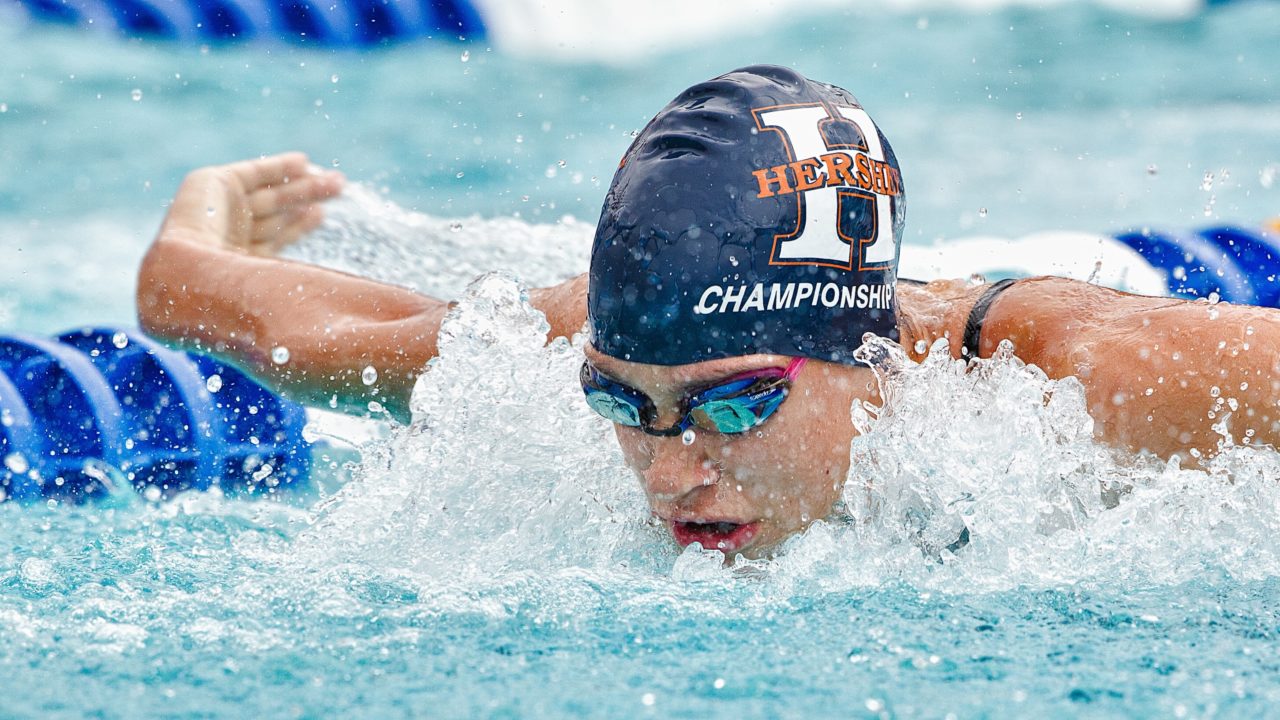 Our swimmers to watch are already making huge impacts after just one session at the 2012 Winter Junior National Championships in Knoxville. Hershey, Pennsylvania swimmer Meaghan Raab swam a best time of 1:57.86 in prelims of the women’s 200 IM to break the 2009 Winter meet record of Lindsay McKnight that was set at 1:58.03

Another of the swimmers we highlighted, SwimMAC’s Kathleen Baker, was 2nd in 1:58.02, was also under the old Meet Record, and both swimmers set personal best times. That’s not a surprise, as this was an event (pointed out by our readers) where both seemed like they should be faster than they had been. For the 15-year old Baker, this was a personal best by three seconds.

In other girls’ events, Lakeside Swim Team’s Leah Stevens topped the 500 free prelims in 4:43.10, pretty safely ahead of ATAC’s Ceci Williams in 4:45.64. Williams, though on a second taper after the Florida HS State Championship meet, looked like she had some steam left for finals.

And finally, maybe the most unexpected swim of the meet came from 14-year old Phoenix Swim Club’er Keaton Blovad in the girls’ 50 free She swam a 22.75 that was a best by over a second. She was the youngest qualifier for this summer’s Olympic Trials, but we were looking primarily for a breakout in the 100 back. Taking the top seed here, in a swim that ties her with Simone Manuel for 6th-best in the age group of all-time, is icing on the cake. She’s got almost a year to move up that list as well. Linnea Mack was 2nd in 22.84, followed by Lindsey Engel in 22.88.

On the men’s side, the highlight was PASA junior Curtis Ogren swimming a 1:46.56. That ranks him as the 5th-fastest 15-16 swimmer in history in the event. Steven Stumph was 2nd in 1:48.23, but could have a quicker breaststroke leg in him for finals to stay close to Ogren.

13-year old Michael Andrew, another of the stories everyone’s keeping an eye on at this meet, didn’t go a best time, but his 21.07 was good enough for a three-way tie for 23rd. That required a swimoff to make the C-Final, with the top two moving on. Andrew won that portion of the swimoff with a 21.11 ahead of Theodore Steinkamp (who will also move on to finals) and Caleb Davies.

Best part of prelims was all the swim-offs. Fantastic. Michael Andrew is a BIG dude.

“Most unexpected swim?” This 14 year old has been majorly improving for the past year, anyone who is surprised by this hasn’t been keeping track.