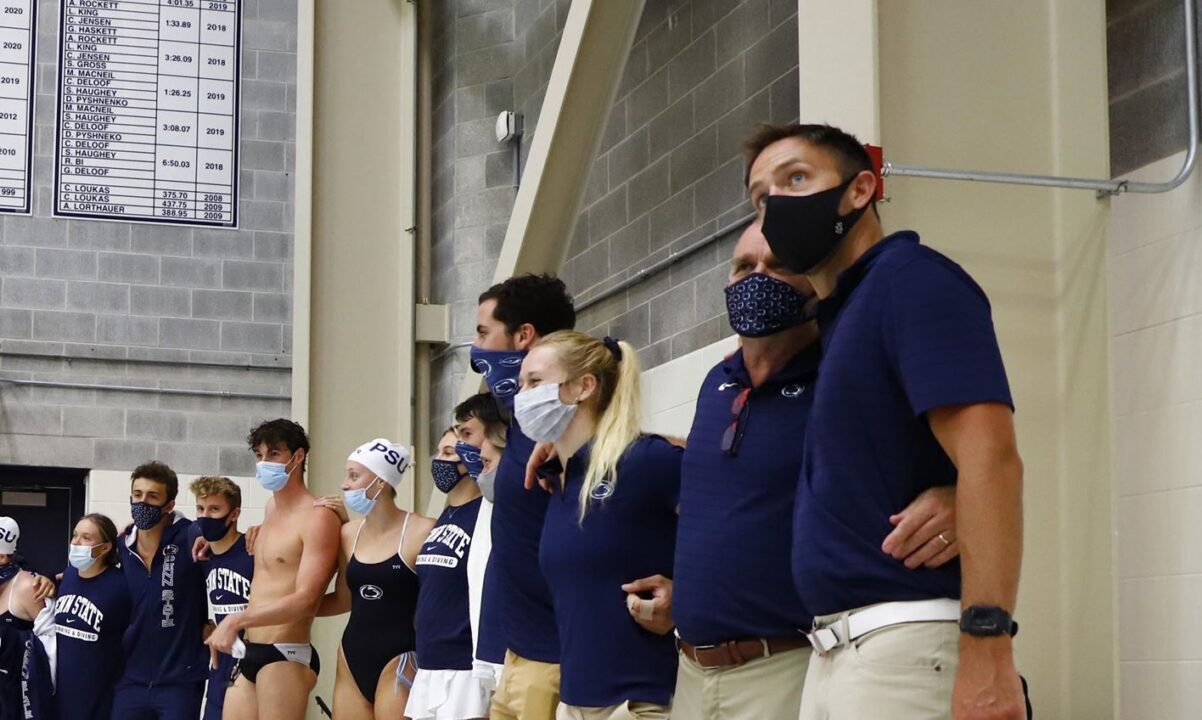 Hurst is in the middle of his seventh season with the Nittany Lions, his first as associate head coach after joining the program in 2015. Archive photo via Penn State Athletics

Hurst is in the middle of his seventh season with the Nittany Lions, his first as associate head coach after joining the program in 2015. During his tenure as assistant coach Penn State has scored at each NCAA championship and qualified a total of 25 swimmers.

“An honor well deserved” said head coach Tim Murphy. “Matt has played a pivotal role in our team’s success since he joined our program almost seven years ago!”

From race specific workouts to book clubs and yoga, Hurst’s wholistic approach to high performance is at the root of his success. Since graduating from Southern Connecticut with a master’s degree in human performance and exercise science he has deliberately put the entire person at the center of training, ensuring that athletes are mentally, emotionally, and physically ready to practice and perform.

“Being a part of this program for the last seven years has been fun and extremely rewarding,” said Hurst. “Thank you to Tim, our athletes, and the Penn State athletic department for trusting me with this role. I also want to thank my family for their love and support, not only of me but of this team. The future of Penn State Swimming and Diving is bright, and I am excited to continue developing our student athletes as they pursue a lifetime of impact in and out of the pool.”

As the Nittany Lions enter the second half of the season, both the men and women’s teams look to compete on the Big 10 and NCAA stages while continuing to succeed academically. Hurst’s swimmers have seen victories in the pool and the classroom with CSCAA Scholar All-American and Honorable Mentions in addition to Academic All-Big Ten and Big Ten Distinguished Scholar awards.

Should have been Steve Barnes