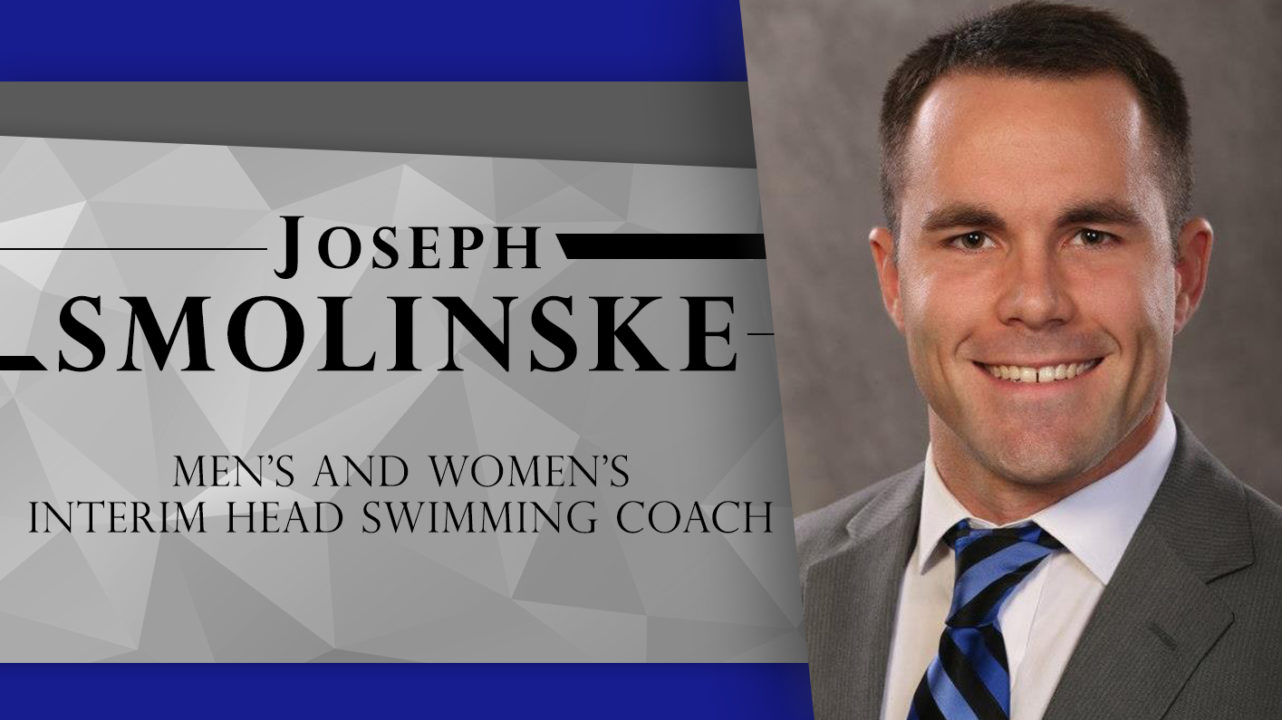 Marymount University Director of Athletics Jamie Reynolds has announced the promotion of Joseph Smolinske as the Interim Head Coach for the men's and women's swimming teams. Current photo via Marymount Athletics

ARLINGTON, Va. – Marymount University Director of Athletics Jamie Reynolds has announced the promotion of Joseph Smolinske as the Interim Head Coach for the men’s and women’s swimming teams.

Smolinske came to Marymount as an assistant coach this past season, after a three-year stint was the head swimming & diving coach at Bishop O’Connell High School, while also serving as the Program Director for Swim and Sports for the YMCA of the USA. He spent two years with the YMCA of Central Maryland, before moving to the YMCA of Metropolitan Washington for the past year.

“I appreciate Jamie Reynolds giving me the opportunity to lead the Saints,” Smolinske said. “Mike Clark has done a fantastic job building the program, and I hope to bring our team and university to new heights in the coming years.”

During the 2018-19 season at Bishop O’Connell, he coached his teams to a top-five position in the state of Virginia, while setting seven school records. He coached nine VISAA state champions, while having 102 swimmers be state qualifiers.

“We are looking to build on Joe’s experience at the Division III and Division I levels as an athlete, a coach, and an administrator, pulling all of his experience together as a good fit to lead our program to new heights” Reynolds said. He is familiar with the Marymount and Arlington community and has been very successful in building the Bishop O’Connell program in a short time. We look forward to him being part of our team and leading our current and future student-athletes to their potential.”

Before Bishop O’Connell, Smolinske spent two years as the head coach at Fairfield High School and another year at Hudson High School. At Fairfield, the girls team posted an undefeated record for the 2014-15 season, while being the district runner-up. At Hudson, his teams were the sectional runner-up.

He brings collegiate coaching experience from Xavier University as a volunteer assistant in the 2013-14 season, with the men’s team winning the Big East Conference championship.

At Xavier, he started a 50/50 raffle for the All for One Fund that generated over $30,000 in revenue for Olympic Sports programs.