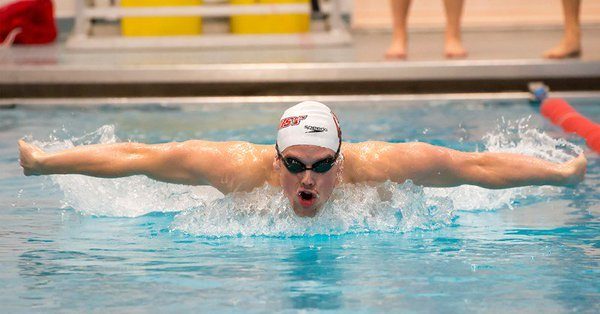 Marist men's swimming and diving defeated Southern Connecticut State 183-103 in their final home meet at McCann Natatorium, while the women took down the Owls 172-123. Current photo via Marist Athletics

Marist women’s swimming and diving took down Southern Connecticut State 172-123 in their final home meet at McCann Natatorium. The team moves to 5-6 overall on the season.

Prior to the start of the meet, Marist honored its two seniors, Lauren Katz and Grace Casolo.

UP NEXT
The Red Foxes finish off regular season action against Bryant Saturday, January 26. Meet time is scheduled for 11 am.

The Southern Connecticut women lost to Marist, 172-123, in a matchup in Poughkeepsie, N.Y.

Up Next
The Owls final regular-season matchup lands on Friday, Jan. 25 when they host Bridgeport and St. Rose for a tri-meet at 1 p.m. at the Hutchinson Natatorium. The Owls will then prepare to defend their 2018 Northeast 10 Championship on Feb. 7-10 at Worcester Polytechnic Institute.