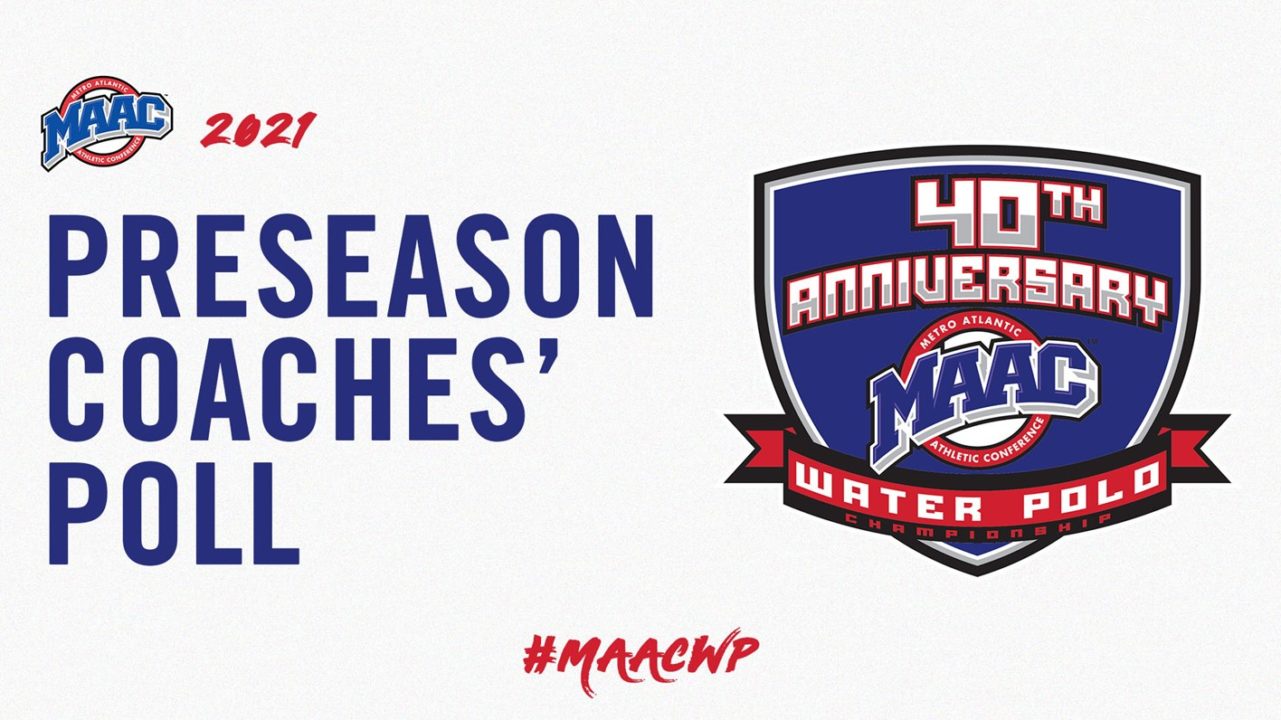 Marist picked up six first-place votes and 48 total points to claim the top spot in the poll. Current photo via MAAC Sports

Marist picked up six first-place votes and 48 total points to claim the top spot in the poll. Iona College followed in second-place with 38 points. Long Island University (LIU) received one first-place vote and secured a third-place finish with 30 points to complete the top three.

For all information regarding the 2021 MAAC Water Polo Championship, visit maacsports.com/wp.