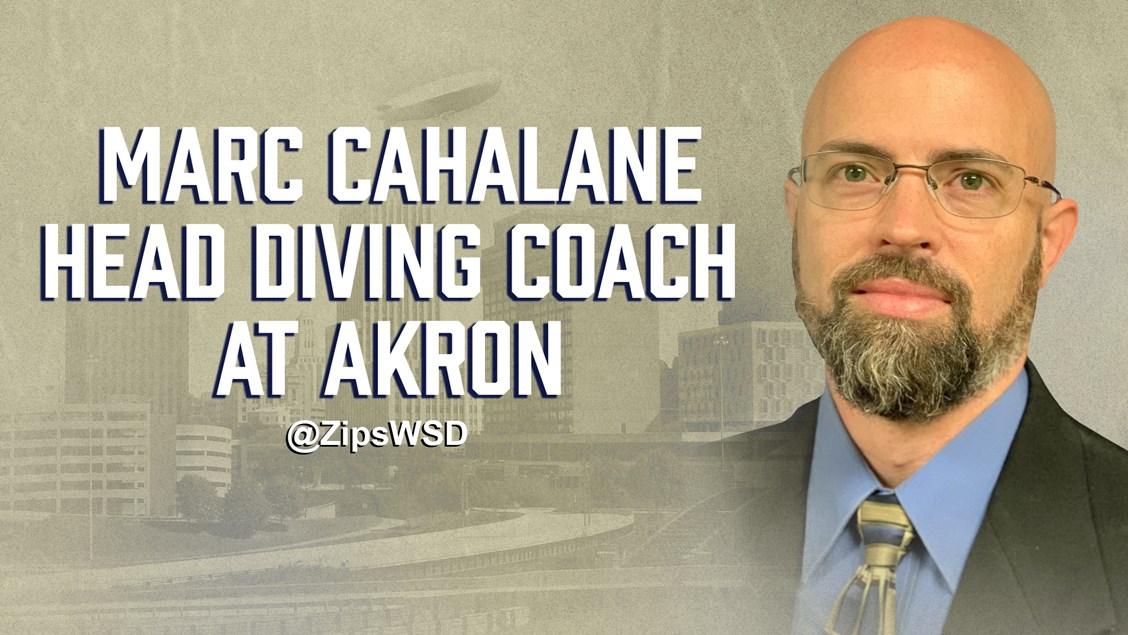 Cahalane comes to Akron as the head diving coach and owner of the American Flyers Diving Club in Hudson, Ohio. Current photo via Akron Athletics

“We are delighted to welcome Marc Cahalane back to the Mid-American Conference and to the Zips’ Swimming and Diving Family,” Peresie said. “Marc has a strong reputation in the aquatics community for developing outstanding divers that have matured into outstanding NCAA student-athletes. His efforts have also provided opportunities for him to serve as a coach for the National Junior Team representing Team USA at multiple international competitions. We are fortunate to have Marc in our program and it will be very exciting to watch him elevate the level of our program.”

“First and foremost, thank you to my wife Celina and my family for their support of my passion for coaching,” Cahalane said. “I am appreciative of Larry Williams, Brian Peresie and the Zips’ Athletic Department for their leadership and trust in me to mentor the student-athletes in the swimming and diving program. It is a blessing to come full circle and be part of the community where I grew up. Joining Zips Nation is an exciting new chapter in my coaching career and I am looking forward to working with the team to explore their academic and athletic potential.”

Cahalane coached diving continuously since 1996 at the high school and club (USA Diving and AAU) levels in both Ohio and Colorado. He began his coaching career at Glen Oak High School in Canton, Ohio, and later moved to Nordonia High School in Macedonia. He also served as an assistant coach for the American Flyers Diving Club, under the previous owner from 1996-2004. In 2004, he and his wife moved to Colorado where he served as an assistant coach for Mile High Dive Club in Denver. Cahalane started his own diving club in Boulder called the Flatirons Diving Club, and coached many high schools in the area.

A 1996 graduate of Ohio University with a bachelor’s degree in Fine Arts, Cahalane was a four-year varsity member of the swimming and diving team. Upon graduation, he spent three years diving professionally at Sea World of Ohio in the high dive stunt show.

Originally born in Boston, Massachusetts, Cahalane enjoyed experiencing many different cultures as a young person. Soon after he was born, his family moved to Amiens, France and then to Kinshasa in the Democratic Republic of the Congo (previously Zaire) for just over 5 years. His family then moved to Casablanca, Morocco for another 5 years. After living in Morocco, they moved to Akron, Ohio where he attended Copley High School and began his diving career.

Congrats Mark. Well deserved. The Zips are lucky to have you.