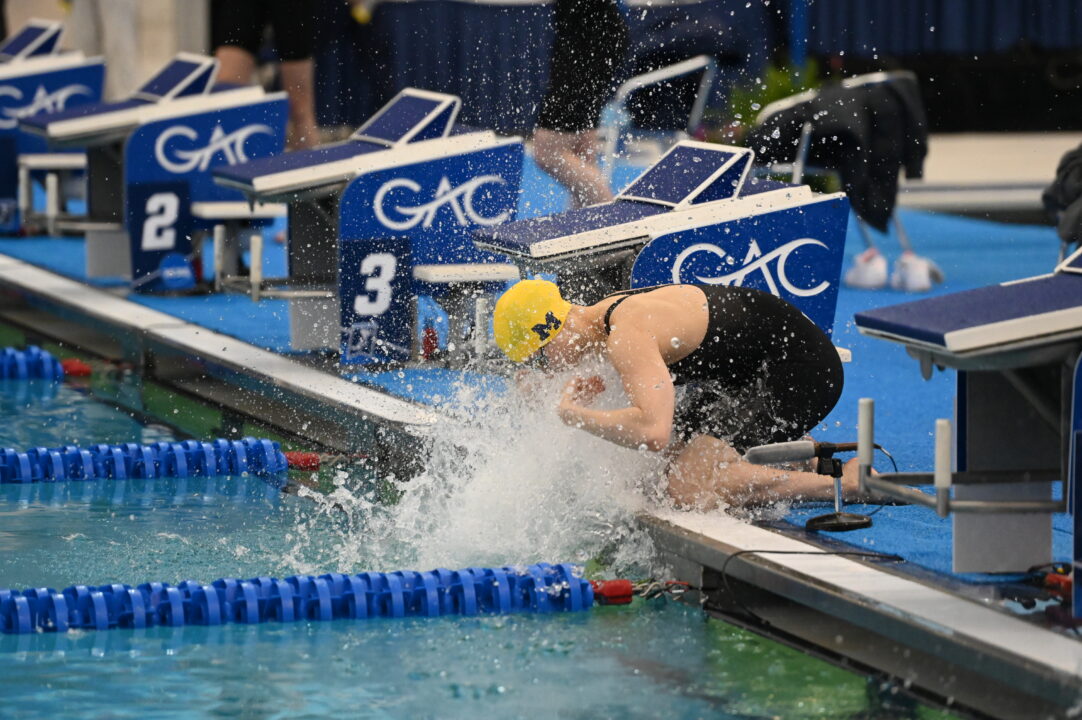 A total of 42 NCAA Division I swimmers and divers were named to their respective 2020-21 Academic All-District At-Large teams on Thursday, as selected by the College Sports Information Directors of America (CoSIDA).

The recognition is earned by the nation’s top student-athletes for their combined performance both in athletic competition and in the classroom. Athletes are recognized across four divisions (NCAA Division I, II, III and NAIA) across eight different districts separated geographically.

MacNeil, a rising senior with the Wolverines, won the 100 freestyle and 100 butterfly at the 2021 Women’s NCAA Swimming & Diving Championships, setting a new NCAA Record in the latter, and was also the runner-up in the 50 free.

Madden, now a graduate of UVA, swept her individual events at the championships held in Greensboro back in March, winning the 200, 500 and 1650 freestyle, and adding a fourth victory in the 800 free relay as she helped lead the Cavaliers to the team title.

Hansson, who will enter her senior season at NC State this coming fall, walked away with four NCAA titles in her junior season in the women’s 100 and 200 breaststroke, and the 200 and 400 medley relays.

Forde, who, unlike Madden, has opted to use her fifth year of eligibility next season, topped the 400 IM at NCAAs, marking her fourth career title and second individually.

A total of 26 Division I female swimmers and divers were named to their respective teams.

*No D1 swimmers & divers were named to the District 7 team

You can find the full list of women named to their respective At-Large All-District teams across all four divisions here.

For the men, Louisville’s Nick Albiero was the lone individual swimming NCAA champion in 2021, having claimed the 200 butterfly in his senior season.

Rising Indiana senior Andrew Capobianco was an individual champion in the 3-meter diving event, while Cal’s now-graduated Nate Biondi won a title with his Bear teammates in the 200 free relay.

A total of 16 male swimmers and divers from Division I received the honor.

*No D1 swimmers & divers were named to the District 7 team

You can find the full list of men named to their respective At-Large All-District teams across all four divisions here.