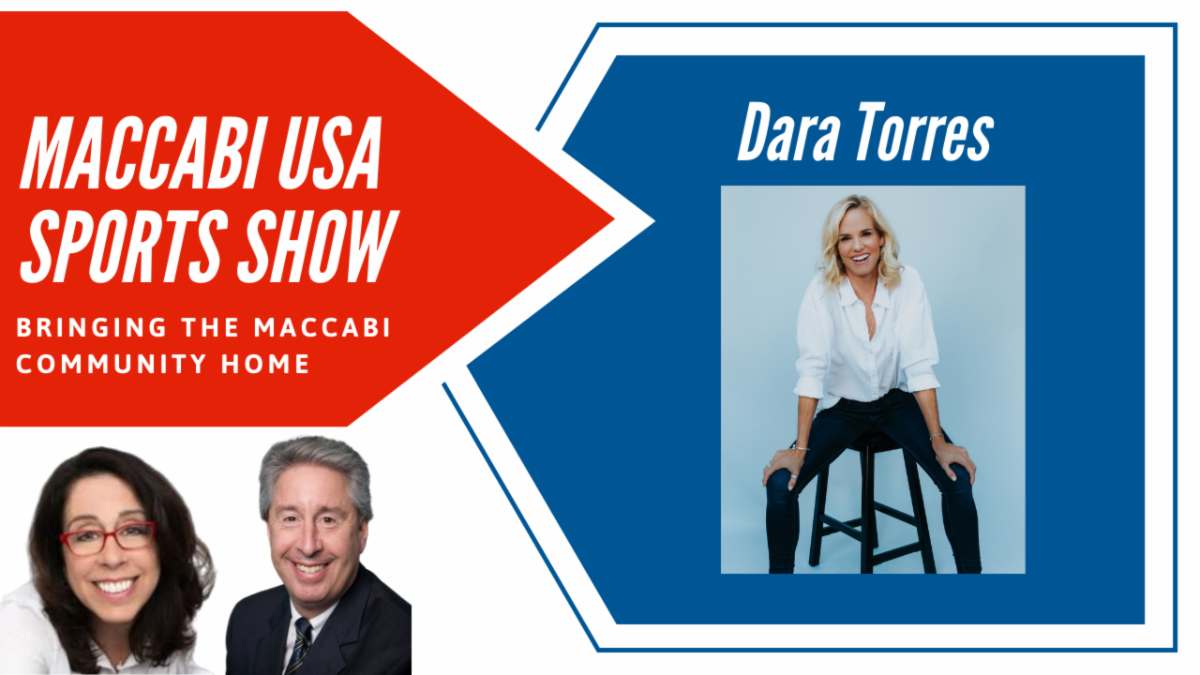 Five-time Olympian Dara Torres will be featured on the next Maccabi USA Sports Show on Tuesday, October 27 at 8pm EDT. Current photo via Maccabi USA

Join us for 5x Olympic swimmer, Dara Torres on the next Maccabi USA Sports Show. Dara is a 12-time Olympic medalist and in 2008, 24 years after her first Olympic appearance in 1984, was the oldest swimmer (41 years old) to compete in the Olympic Games. Dara joins Donna and Arnie on the Sports Show on Tuesday, October 27 at 8pm EDT. Register below for our exciting evening with Dara!

More About Our Guest

At the Beijing Olympic Games in 2008, Dara Torres became the oldest swimmer to compete in the Olympic Games. She took three silver medals home, including the heartbreaking 50-meter freestyle race where she missed the Gold by 1/100th of a second. America loved her all the more for her astonishing achievement and her good-natured acceptance of the results.

Aside from her amazing accomplishments in the pool, Dara has talents on dry land as well. She has appeared on such shows as Fox News, ESPN, CNN, Piers Morgan Tonight, Today Show, Good Morning America, Kelly and Regis, and many others. Additionally, Dara was the first female athlete ever to be featured in the Sports Illustrated Swimsuit Issue, and in 2009, won the ESPY award for “Best Comeback.” To add to Dara’s accolades, she was also named one of the “Top Female Athletes of the Decade” by Sports Illustrated Magazine.

Now a top-selling author, her memoir, “Age is Just a Number: Achieve Your Dreams at Any Stage in Your Life,” published in April 2009 and was listed as one of the top 25 best-selling business books by June. Her second book, “Gold Medal Fitness: A Revolutionary 5-Week Program” hit stands in May 2010 and is now a New York Times Best-Seller.

Dara continues to inspire everyone to go after their dreams regardless of their age.

Donna Orender is founder and CEO of Orender Unlimited and CEO of Generation W, a non-profit advocating and empowering women and young girls. She has served as President of the WNBA, Senior VP of the PGA, and played professional basketball in the WBL. She is a Maccabi Alumna and parent of Maccabi athletes, and is the Secretary of Maccabi USA.