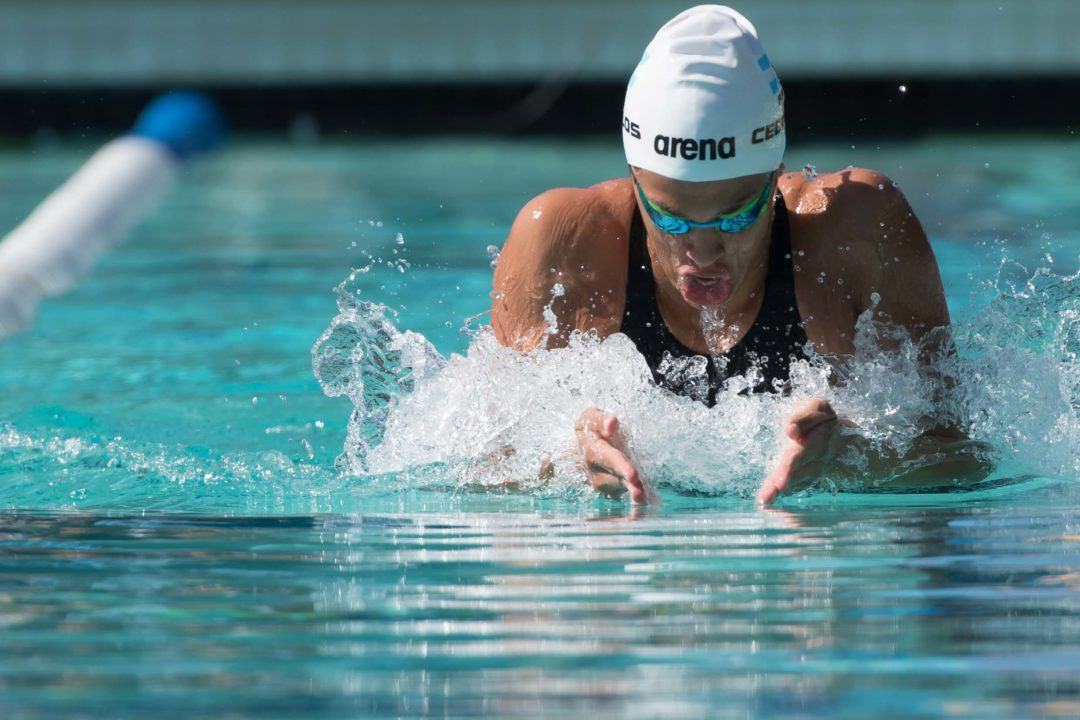 Macarena Ceballos hasn't pushed her best times in her primary breaststroke events, but she has won 5 national titles this week in Buenos Aires. Archive photo via Mike Lewis/Ola Vista Photography

Adriel Sanes (above) came within two-tenths of the Olympic “B” standard in the 200 breaststroke at a meet in Florida in April.

Macarena Ceballos won 2 more events on the third day of the 2019 Argentina Swimming Championships. That lifts her to a total of 5 wins so more.

The 24-year old won the 50 back in 30.98 and the 200 breaststroke in 2:34.27. In the latter of those events, which is one of her primary races, Ceballos was 9 seconds short of her best time. While primarily a breaststroker, Ceballos has won a variety of events, though none of them in particularly fast times. She also won the 50 fly, 100 fly, and 50 breaststroke earlier in the meet.