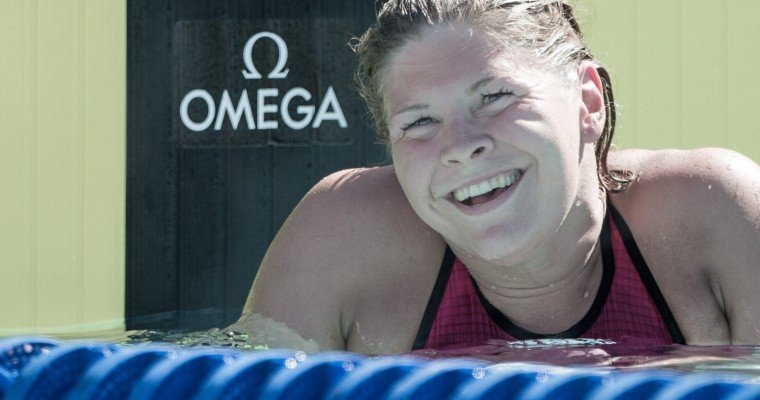 The move will have an impact on reputations in Denmark, as Gentofte now has two swimmers on the women’s team for the 2014 World Short Course Championships.

“I decided to represent Gentofte because tehy made an offer I couldn’t refuse,” said the 2009 and 2011 long course World Champion. “Gentofte is an up and coming club with a lot of young talent. I get to be a part of their journey towards the international competitions. I get a club where there is no expectations to swim the national competitions and instead I can focus 100% on being ready for the international ones instead.”

This summer in long course, Friis’ best times came during the Grand Prix series, rather than at Euros as she might have hoped.

Friis says her first plan to compete at home for Gentofte will be at the Danish Short Course Championships from November 20th-23rd, where she’ll swim just relays. Then she will be back for Denmark’s trials for the World Championships in the spring.

As for how this will affect Friis’ plans to train at the North Baltimore Aquatic Club, a team that great a huge post-grad group but has begun to dwindle in size this fall: she says she has no intent of leaving.

“My plan is to stay here in Baltimore and work with Bob (Bowman) and the rest of the coaching staff,” Friis said. “Baltimore is the place where I want to end my career, the last place I will train, and I can’t see myself swimming anywhere else.”

I have to admit I chuckled at the poor choice of words, but honestly, good for her she’s found somewhere she’s happy to be.

I wish her the best for the end of her career. She seems to be a very nice girl. I hope they will change at NBAC what didn’t work well in the past year and make the good adjustments. Miss Ledecky is now well ahead but the battles between both girls in Barcelona were amazing to watch.