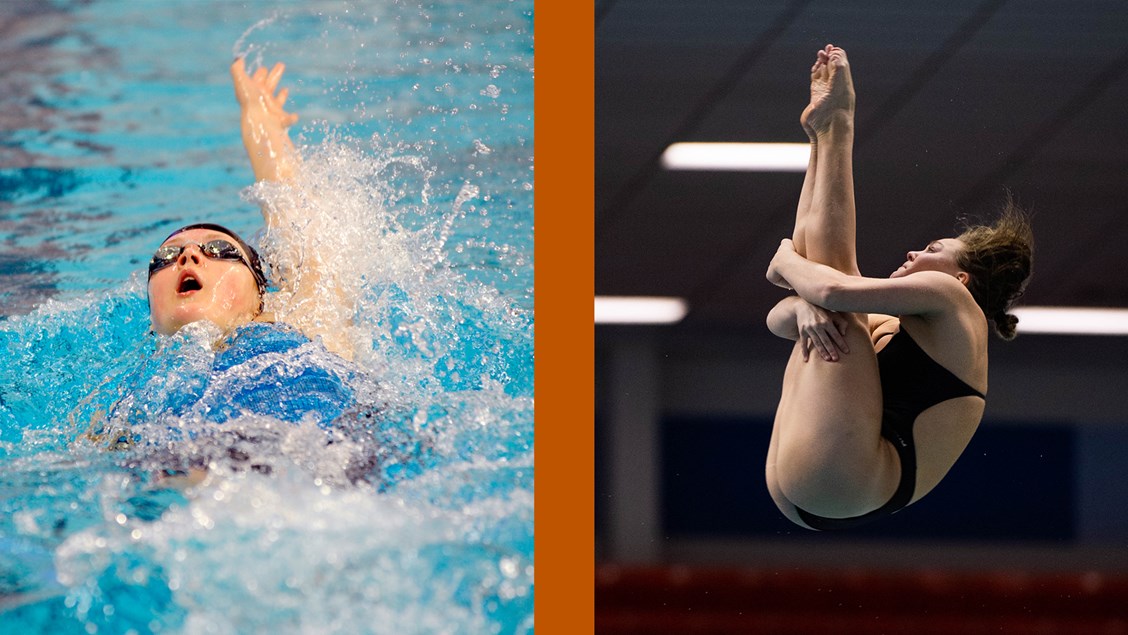 Diener, the Big 12’s 2019 NCAA Woman of the Year nominee, five-time Big 12 Champion, three-time All-American and three-time NCAA Championships qualifier. In 2019 NCAA Championships, the San Antonio, Texas, native placed 19th in the prelims of the 100 freestyle and tied for 26th in the 50 freestyle prelims. She teamed with Claire Adams, Julie Cook and Grace Ariola to place fourth in the 400-freestyle relay at the NCAA Championship. Diener was part of two Big 12 freestyle titles, winning the 200- and 400- freestyle relays. Additionally, the senior finished third in the 100 free and fourth in the 50 free and 200 free. Those performances by Diener helped the Longhorns clinch their 17th Big 12 title. Additionally, Diener is three-time Academic All-Big 12 First Team honoree.

Gibson was named the unanimous Big 12 Diver of the Year. She was previously named Co-Big 12 Diver of the Meet after winning 1m (323.35) and taking second in 3m (381.60). She won nine events this season, competing only on 1m and 3m. At the USA Winter Championships, took second on the 3m with a 954.90, and took second on the 3m synchronized springboard (594.27), both of which qualified her for Team USA to at the World Cup. In her final meet of the year, Gibson took first on the 3m (687.15) at the Zone D Championships and took second on 1m (603.85), the highest finish of a Big 12 diver. Additionally, Gibson is three-time Academic All-Big 12 First Team honoree.

The NCAA awards up to 126 postgraduate scholarships annually.  The scholarships are awarded to student-athletes who excel academically and athletically and who are at least in their final year of intercollegiate athletics competition.