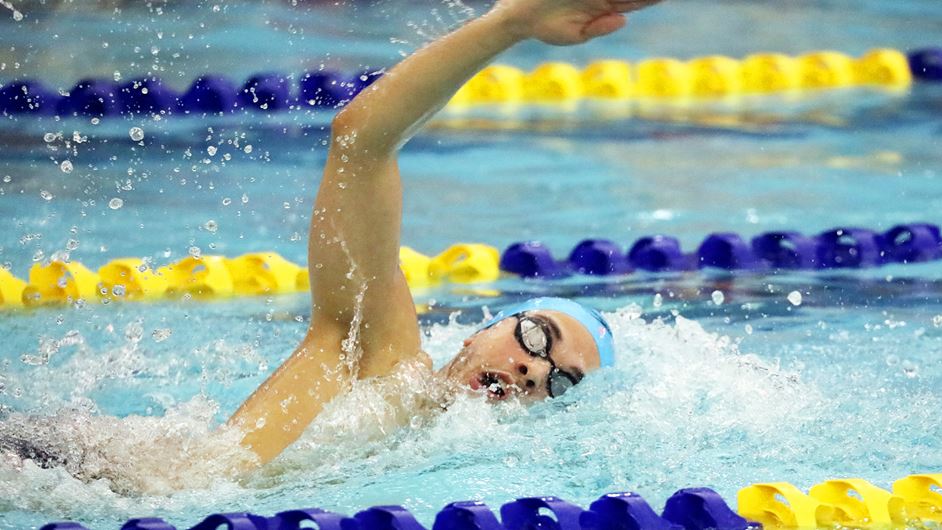 Both LIU teams beat St. Francis Brooklyn in the two-day Brooklyn Invitational, with the women topping the Terriers 215-128 and the men winning 199-114. Current photo via LIU Athletics

The Sharks had lots of top finishes and strong performances in the first meets of the year.

On the women’s side, freshman Allie Bashor had wins in both the 100 and 200 fly, while sophomore Venna Andersen won the 50 and 100 free. Freshman Lelah Davidson was also a dual winner, taking the top spot in the 200 free, the 500 free, and coming in second in the 100 free.

For the men, Daniel Chocano Fernández won both the 200 and 400 IM and took second in the 1000, while sophomore Giannis Venetos took the top spot in the 100 and 200 breast.

Up next, the Sharks host Saint Francis U. and Saint Peter’s in a tri meet, Saturday, October 16 at 1 p.m.

BROOKLYN, NY – The St. Francis College Brooklyn Men’s Swimming and Diving team concluded the Brooklyn Invite on Saturday afternoon.  Despite being shorthanded, the Terriers fought hard but lost to LIU by a score of 114 – 199.

The Terrier Men’s squad saw numerous standouts throughout the meet, highlighted by an incredible debut for freshman Robbie Wagner.  The Montana native won all 4 individual events he competed in. Wagner hit the wall first in the: