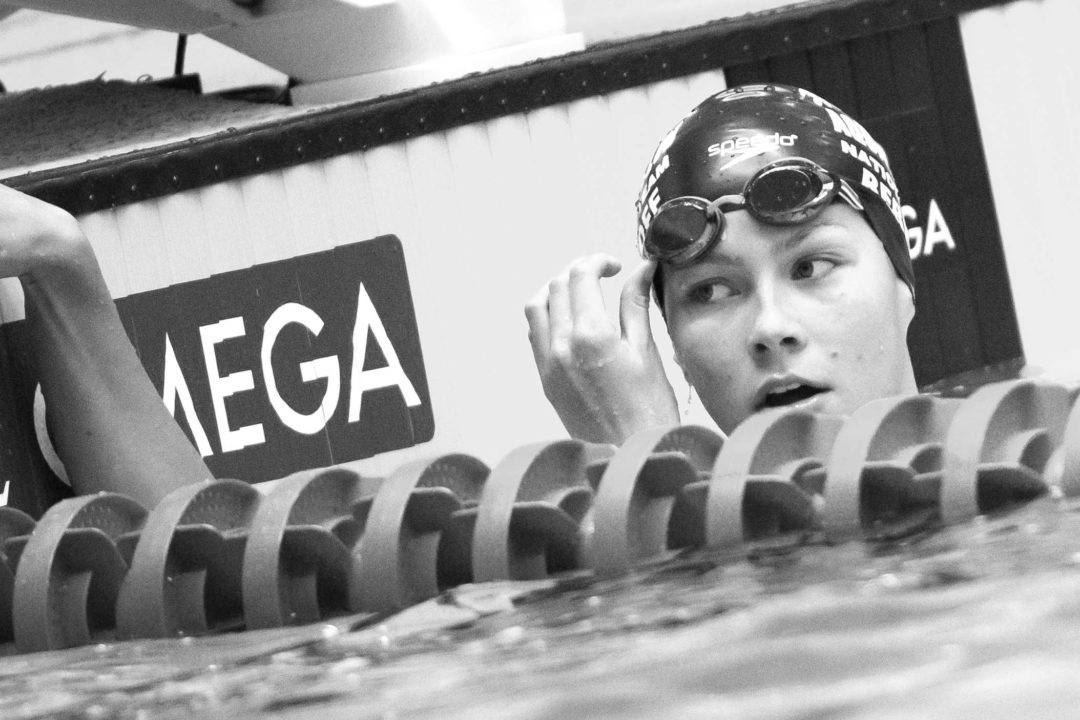 National Junior Teamer Katharine Berkoff (above) continued to undercut her personal bests at the Washington Open, while sophomore Lily Gardner made waves on Saturday as well. Archive photo via Mike Lewis/Ola Vista Photography

Another swim resulted in another personal best for 17-year old NC State Commit Katharine Berkoff on night 3 of the 2019 Washington Open. After swimming new personal bests in both the 200 back and 500 free on Friday, Berkoff swam, and won, the 100 fly on Saturday evening in 53.81. That time is 1.16 seconds faster than her previous lifetime best (from this meet last year) and makes her one of just 4 swimmers (along with Olivia Bray, Claire Curzan, and Gretchen Walsh) to have been sub-54 in both the 100 back and 100 fly this season.

Another swimmer having a big day on Saturday was Lily Gardner of the Tualatin Hills Swim Club. The 16-year old dropped huge time in the 200 IM and 200 back on Friday, but wasn’t in the top 30 in either event. She was 3rd in the 50 free, but didn’t swim a lifetime best.

On Saturday, though, she combined high finishes and lifetime bests in both of her events. Beginning in the 100 fly, she placed 3rd in 55.12, which took 6-tenths from her previous best time.

The 200 free, however, was the biggest coup: she swam 1:47.87, which was a time drop of more than three seconds. It ranks her among the top 20 16-and-unders in the country this season.

Gardner is just a sophomore in high school, and has really expanded her range from a sprint specialist into the 200s as she approaches the junior-year-ramp of the recruiting cycle.