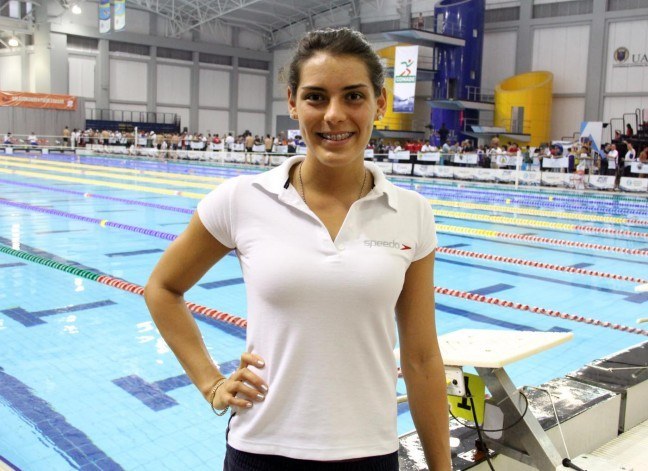 After taking two events on day two, Liliana Ibañez was back for more at Mexican Nationals, winning the 100 meter freestyle

Ibañez, who won the 200 meter freestyle and 50 meter butterfly on day two, won the 100 freestyle tonight in 55.91, just off her national record of 55.70 that she set last summer.  Rodriguez, meanwhile, won her first event of the competition in 32.44, narrowly clipping Erica Dittmer’s previous record of 32.46.

Maria Jose Mata opened the session with a new meet record in the women’s 200 meter butterfly (2:12.98).  Gustavo Berreta of Nuevo Leon touched first in the men’s 100 backstroke (56.94).  Andres Olvera of Baja California won the final men’s event of the session, finishing the 400 IM in 4:25.71, a new meet record and overall 17-18 Mexican National Record.

Top three results, along with a press release, are available here.