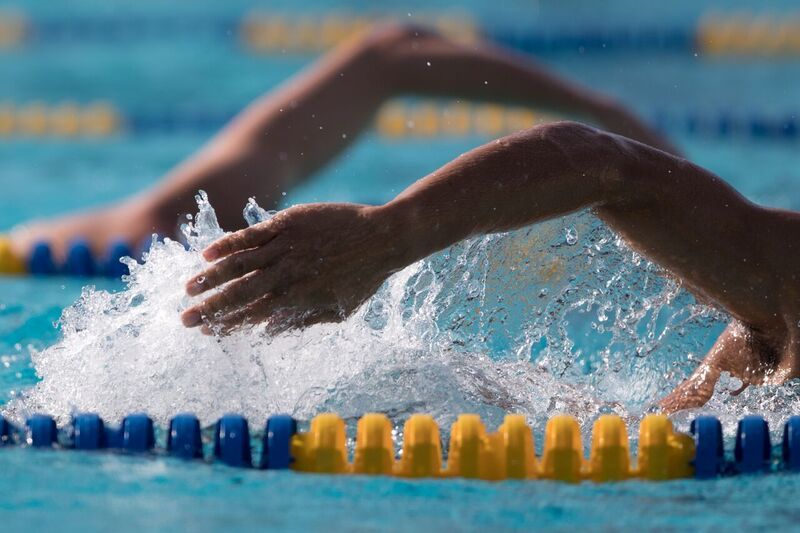 Liberty downed Campbell, 237-94, in the two-day Central Virginia Duals, which wrapped up on Saturday at the new Liberty Natatorium. Current photo via “Rafael/Domeyko Photography”

Liberty downed Campbell, 237-94, in the two-day Central Virginia Duals, which wrapped up on Saturday at the new Liberty Natatorium.

The Lady Flames led the meet from start to finish. For the meet as a whole, Liberty won 12 out of 13 individual events and two out of four relays. Liberty also swept the one-meter diving event.

This weekend’s meet was the first event in the history of the Liberty Natatorium. In addition to Liberty’s win over Campbell, NCAA Division III schools Ferrum, Hampden-Sydney, Roanoke and Sweet Briar also competed.

Finnigan opened the individual swimming events with a victory in the 1000 freestyle, her third win of the meet. She claimed victory in 10:38.28, followed by Ashlee Sall in second place at 10:43.67.

Chelsea Pond chased down Campbell’s Michelle Case in the final stretch of the 100 free, as Pond won in 51.41, and Case took second at 51.45. Colleen Donlin placed third with a 52.61 clocking. Pond’s 51.41 was the fastest 100 freestyle by a Liberty swimmer so far this season.