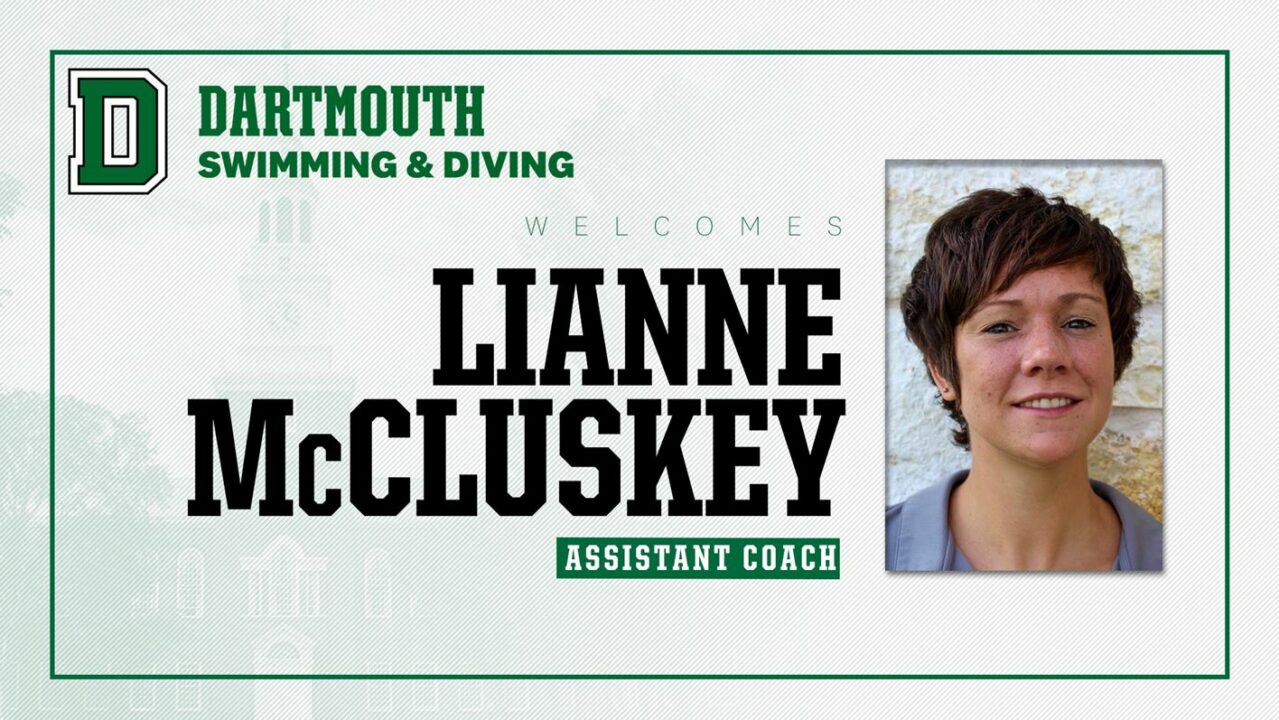 McCluskey spent the 2020-21 season as the assistant swim coach and aquatics director at Brandeis University. Current photo via Dartmouth Sports

“I knew from our very first conversation that she was the type of person born to mentor our swimmers and divers,” Moore continued. “Her zest, empathy, and compassion were not only felt by our student-athletes, but by former colleagues with whom she worked.”

McCluskey spent the 2020-21 season as the assistant swim coach and aquatics director at Brandeis. With much of the season canceled, the position looked a little different than in years past. While there, she helped plan practices, recruit athletes, and run the social media accounts, while also maintaining the pool.

Before that, McCluskey was a graduate assistant at Smith (2018-20), where she planned, organized, and helped run practices and meets, recruited, and oversaw the travel schedule. During the summer of 2019, she was a swim coach and camp counselor at the University of Texas Longhorn Swim Camp and also completed the core curriculum of the NCAA Women Coaches Academy through WeCOACH.

McCluskey was a Division III All-American and national champion at Denison before transferring to La Salle, graduating in 2014 with a degree in communication and journalism. She went on to get her master’s in exercise and sports studies from Smith in May of 2020.