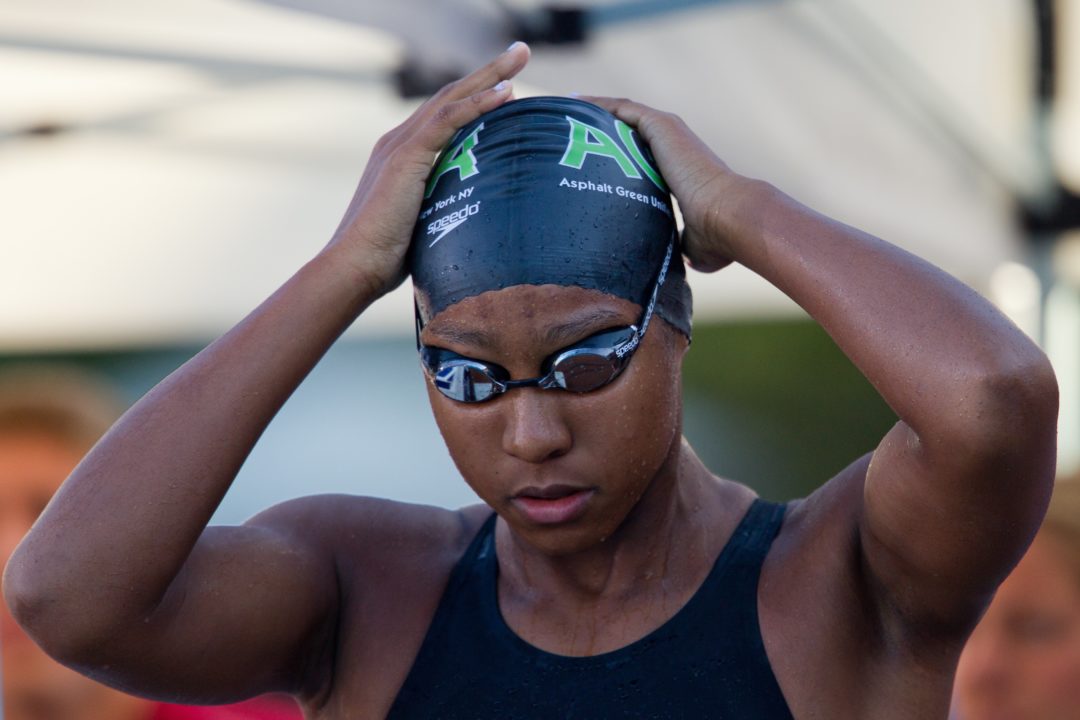 Brooklyn’s best Lia Neal led-off the American 400 free relay on Saturday morning in London in a 54.15, which ties the mark swum by Colorado’s coolest Missy Franklin as the 17-18 American National Age Group Record.

The American relay would go on to take the 2nd seed overall, with Neal having to feel comfortable about her chances at earning another swim in the evening.

Of course, this is one of the odd situations where a swimmer (Franklin) was so good so young that her 15-16 National Record of 53.63 from last year’s National Championships is actually better than this record. The expectation is that Franklin will break this record again in the individual event.

Congrats Lia for doing a lifetime best time on the big stage—best of luck to her (if she swims) and USA tonight!!!!

Lia Neal may be from Brooklyn but her training pool, Asphalt Green, is a 50-meter pool located on the Upper East Side in Manhattan. It is an incredible facility. Congrats Lia on being the first Olympian from Asphalt Green!

I competed at Asphalt Green shortly after it first opened, and loved it there; fast pool. Thanks Lia, way to come through for the USA and I know you can do it again in the finals!!!