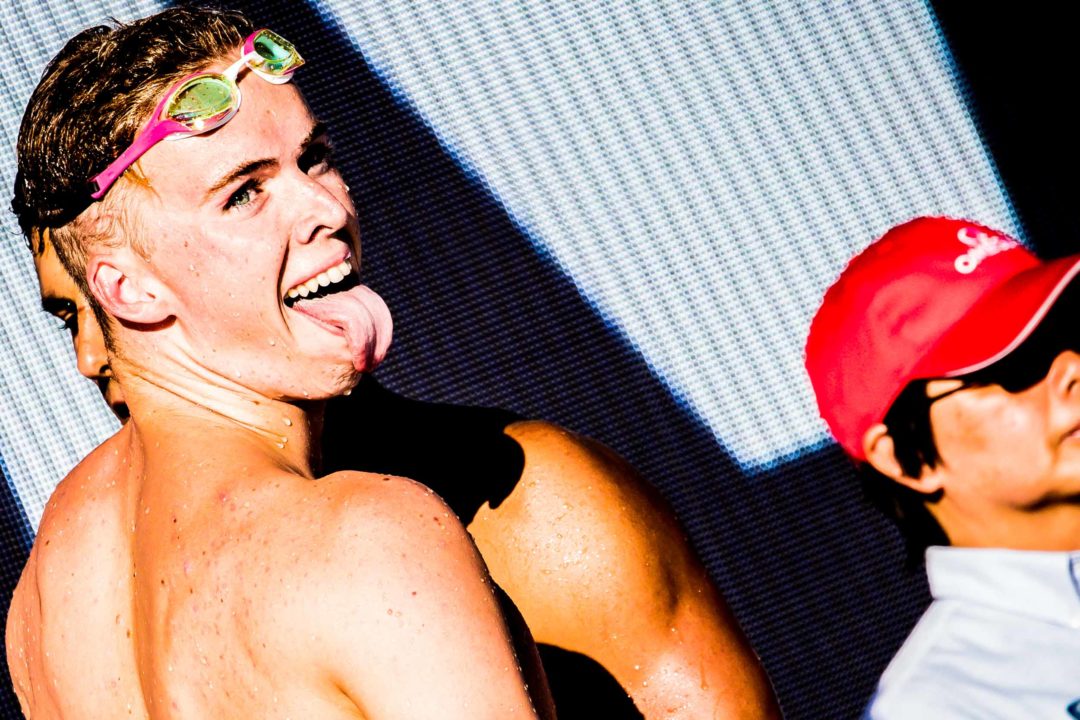 After a long break away from the sport last year, 21-year-old Lewis Burras is back in the water, competing at a local meet in England this past weekend. Archive photo via Jack Spitser/Spitser Photography

After a long break away from the sport last year, 21-year-old Lewis Burras is back in the water, competing at a local meet in England this past weekend.

The former University of South Carolina racer dove in at the Winchester Winter Sparkler meet, hosted by his home club of Winchester City in South East England. Burras is coached by former World Record holder Zoe Baker under whom he’s been working since becoming his comeback this past June.

Burras made his presence known in a big way, taking the top spot across the men’s 50m and 100m freestyle events.
In the former, Burras clocked a time of 21.79 to get under the 22-second threshold for the first time in his career.

Entering this meet he had been as quick as 22.15 from U.S. Nationals in 2019, so he managed to drop .36 from his former lifetime best to now check-in as the 2nd fastest British male swimmer ever in this event. Only record holder Ben Proud, who took the FINA Short Course World Championships title today in Abu Dhabi, has been quicker.

All of us are proud of Lewis, you have UK & UAE behind you 🙌

Extremely talented, wildly selfish, pro swimming will fit him far better than college, if he can stay out of his own way

Had the pleasure of meeting him when he was on his visit to FSU. Great guy! Good luck, mate!

Did not realize he is only 21. Team GB with Guy, Scott, Burras, Whittle, Richards, and others. Wow.

Of course the Brits need another 100 free prospect.

Whatever happened with him at South Carolina? He sure can swim

Wasn’t he at UVA for a hot minute before that as well? Or am I thinking of someone else?

Yes, he spent 1 season + 1 meet at South Carolina, then before that started his career at Virginia. Looks like he swam 3 meets for UVa in the October of 2018.

I think his old IG bio used to say something like “proud 2x college dropout.”

I know he gets really mad when people talk about him in comments, so I’ll politely say that college isn’t a good fit for everyone and not everyone is a good fit for college. Glad he’s finding his place in the world.

Monster talent if he can catch a break, and he’s in the right place for that to happen – They’re doing brilliant things down in Winchester, winning medals by the bucket-load and a great team environment. GBR were already on track to be formidable in the 4×1 in 2024, but Burras & Barrett returning in flying form has really added to the anticipation in recent weeks.