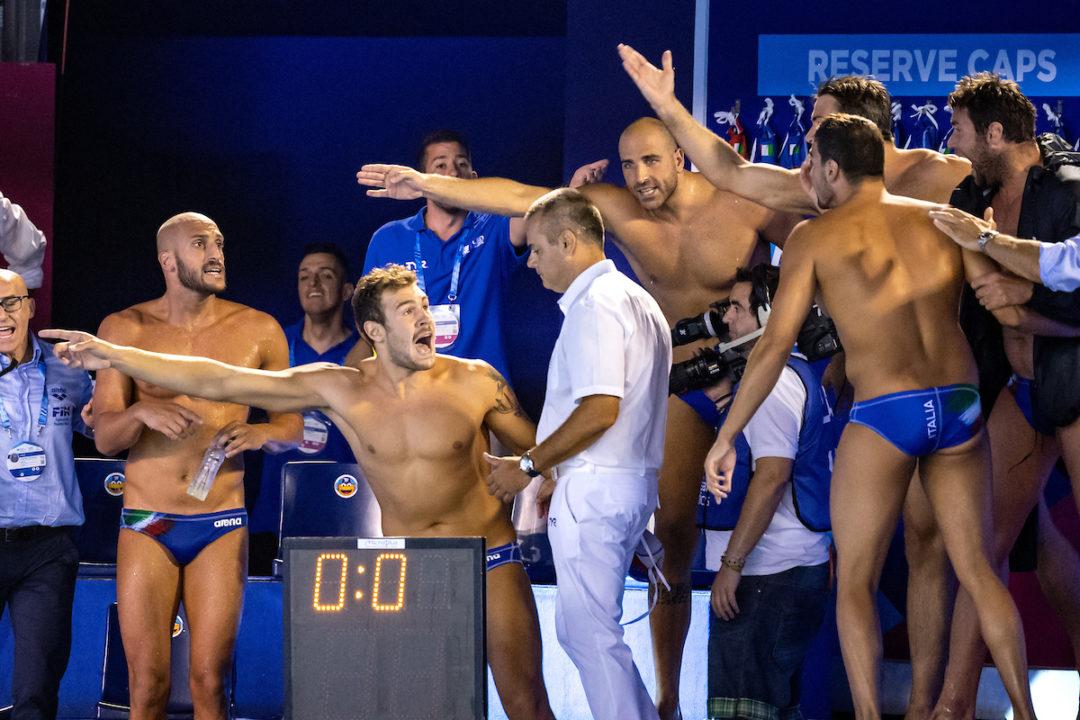 Despite a 1-7 hammering in the third period, Sabadell couldn’t hold on to claim an already decisive win in Barcelona in the ‘Spanish’ semi-final. Archive photo via Andrea Staccioli/Deepbluemedia/Insidefoto

Despite a 1-7 hammering in the third period, Sabadell couldn’t hold on to claim an already decisive win in Barcelona in the ‘Spanish’ semi-final and the hosts fought themselves back with a 4-0 run in the last period to keep some hope for the second leg.

The other match has been put on hold as the entire team of Ortigia was quarantined by the local authorities.

The Catalonian neighbours produced a balanced first half in Barcelona where Sabadell jumped to a 1-3 lead in the first period, but the hosts climbed back in the second and with Roger Tahull’s man-up goal they levelled the score at 5-5, 37 seconds before the middle break.

Then it all went wild in the third. In 1:52 minutes, Sabadell netted three and though Barcelona pulled one back, the visitors enjoyed a fantastic ride, added four more in the remaining four minutes, all from action to finish an almost flawless quarter which they won 1-7.

It was a perfect storm – perhaps no one foresaw it was coming but definitely no one guessed what the fourth period beheld. The Sabadell players sat too comfortably in the driving seat enjoying a 6-12 lead – their concentration level dropped significantly and once their rivals started playing without any pressure, the visitors were unable to gear up again.

Barcelona scored twice in 57 seconds early on and that threw them a lifeline. Sabadell started missing their man-ups while the hosts gained back their composure and with 3:12 to go they trailed by two goals only, thanks to their 4-0 run. However, they were unable to add more – they earned a man-up in the last half minute, but the post denied them, what’s more, Sabadell had a 2 on 1 but missed that as well, just like all five extras in the fourth period so the second leg will offer more excitements.

LEN Officals will make a decision later on the Sicilian semi-final as due to the high number of positive cases, the entire team of Ortigia was ordered to be quarantined by the local authorities, thus not even their healthy players had the chance to go to Palermo.