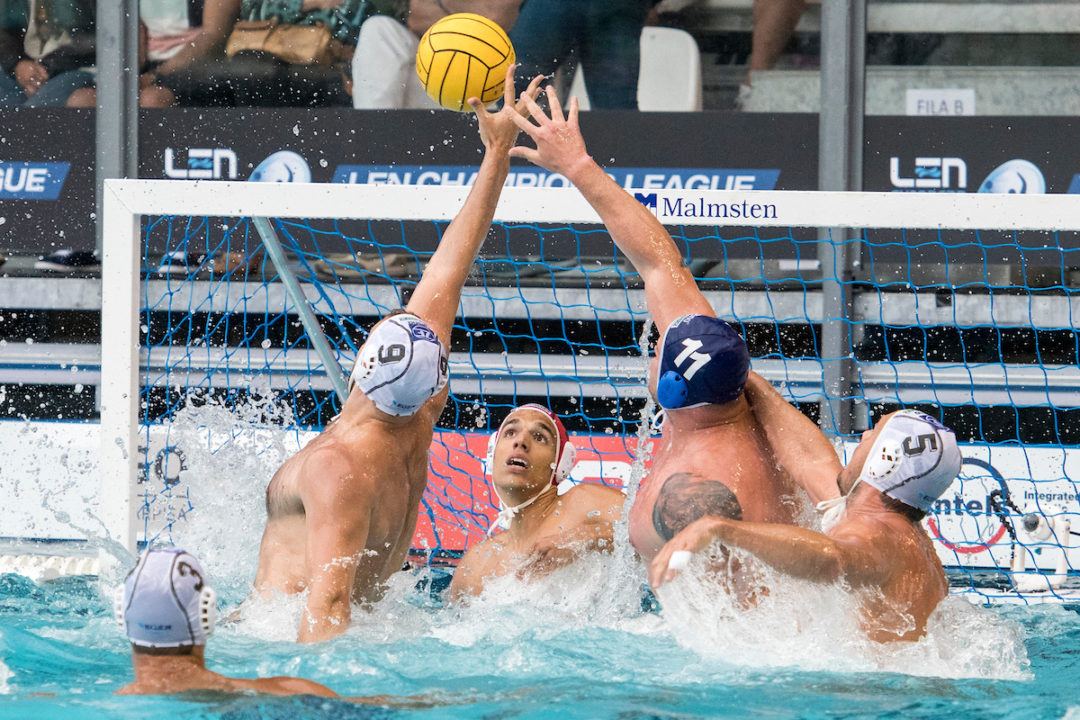 Both ended up in third place in their respective groups but as a consolation they managed to go all they way to the final of LEN’s second-tier competition. Archive photo via © G.Scala/Deepbluemedia/inside

Only one thing is sure before this year’s Euro Cup final: the trophy stays in Hungary. Either Szolnok or OSC Budapest clinches it, it’s going to be their first triumph in this competition, though not their biggest success ever.

Both sides ruled Europe before – Szolnok did it more recently, winning the Champions League in 2017. OSC’s heydays date back by far more years, the team clinched the most prestigious trophy (called European Cup then) in 1972 and in 1978.

This season both sides targeted a place in the Champions League main round but neither passed the qualifications. Both ended up in the third place in their respective groups but as a consolation they managed to go all they way to the final of LEN’s second-tier competition.

There are differences though in other fields: while Szolnok has long been looking for shaping a team of a great mix of local and foreign players (this season they have Serbian Olympic champs like Filip Filipovic and Dusko Pijetlovic), OSC chose a different path for this season and has only Hungarians in its line-up. This was the basic principle demanded by the team’s new sponsor, which stepped in when the club got to the brink of collapsing after its previous sponsor departed. Featuring four players from Hungary’s European Championship winning side from 2020, OSC produced a surprisingly fine season so far both in the domestic league and at the European stage.

Still, Szolnok will be the team to beat in the final and this is not only the usual wording: the squad, led by Serbian legend Zivko Gocic, is yet to lose a game this season. They missed the cut in the Champions League qualification by an inferior goal-difference compared to Mladost (CRO) and lost the Hungarian Cup final to Ferencvaros only by penalties.

There was one match where they were facing a loss and only a buzzer-beater 6m shot by Filipovic saved their unbeaten run – eventually it happened in the league encounter against OSC, which finished 15-15. That thrilling clash is the promise itself that fans can witness some outstanding water polo this Saturday and two weeks later. LEN offers free live streaming from both legs – for more, visit www.len.eu

Road to the final