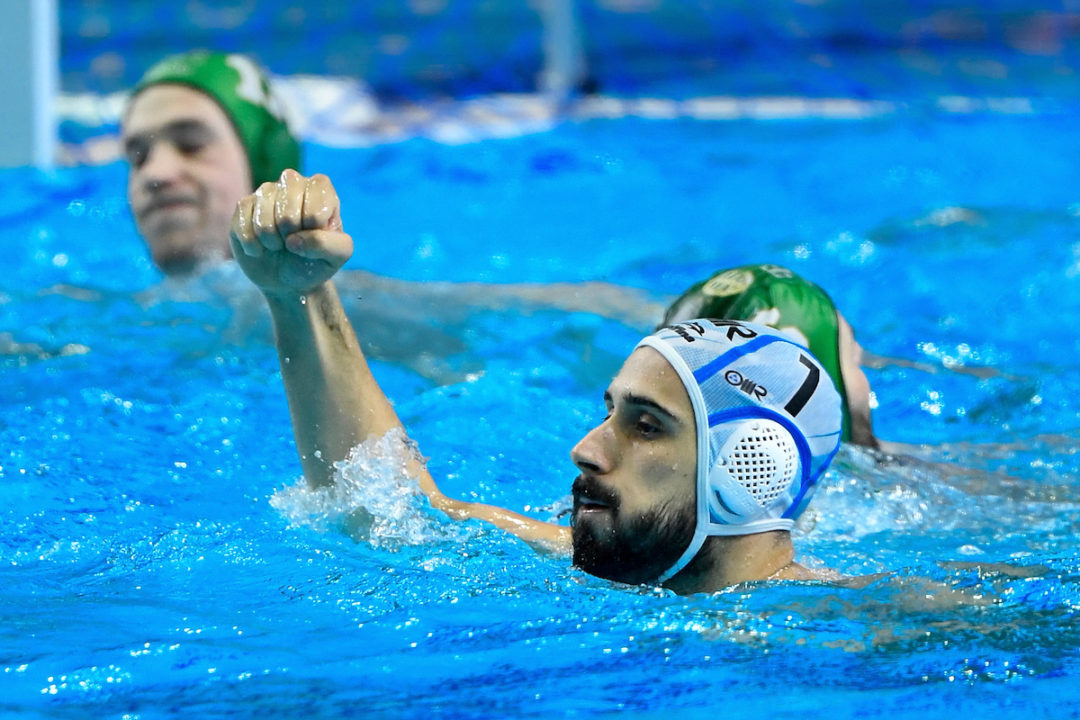 In the battle of the undefeated sides, Brescia claimed a hard-fought win against Olympiacos, sending the Italians to the top of this tough group. Archive photo via © G.Scala/Deepbluemedia/Insidefoto

In the battle of the undefeated sides, Brescia claimed a hard-fought win against Olympiacos and that sent the Italians to the top of this tough group. Barceloneta and Ferencvaros both closed the gap on the ranks by recording massive victories at the expense of Radnicki and Jadran respectively.

The second period determined the outcome in the big match of Day 6 when Brescia managed to shut out  Olympiacos for the entire period while netting three goals. The Greeks fought back, though, but the  hosts’ heroic defending kept them at bay in a game which did not see any goal in the last five minutes.  This reversed the order on the top, Brescia, still undefeated, now took the leading position ahead of the  Greeks.

The pressure is mounting from behind as both Barceloneta and Ferencvaros won with ease. These  matches followed a bit similar pattern, the Spaniards downed Radnicki in the first half (rushed an 8-2  lead), just like the Hungarians blew away Jadran in two periods (9-3). The third quarters saw better  spells from both visiting teams but soon the hosts hit back, and both clinched six-goal victories. Novi  Beograd is to catch up with them at 10 points on Wednesday as the Serbs should enjoy an easy ride in  Tbilisi.

In the battle of front-runners, the Italians had a better start, took a 2-0 lead and kept the Greeks scoreless  for almost six minutes. Then Filip Filipovic’s opened Olympiacos’ account and still in the first period  Konstantinos Gouvis put away another extra for 2-2.

The second half began the same way, Vincenzo Renzuto buried a penalty – called during a man-up – and after a long battle with denied 6 on 5s at both ends (Olympiacos missed four, Brescia two), the  hosts could find the back of the net from an extra. And this time the Greek response did not come,  instead Boris Vapenski made it 5-2 from action to end an almost perfect period for the hosts.

Olympiacos had to dig deep to have a chance for a comeback and they started that right away in the  third. Georgios Dervisis scored from a man-up but even though Nicolas Constantin-Bicari also put one  away, Konstantinos Mourikis hit one from action, then the Greeks defended well in a crucial man-down,  and Ioannis Fountoulis converted a 5 on 4 for 6-5. Constantin-Bicari showed again, why Brescia was on edge to see him playing for the first time but his extraman hit was followed by Konstantinos  Genidounias’ action goal, so Olympiacos got really close before the final period at 7-6.

Edoardo di Somma doubled the hosts’ lead, but Filip Filipovic’s blast halved the gap immediately – it  was 8-7 with exactly five minutes remaining. Few would have guessed that no more goal would come  but Brescia killed two man-downs and these heroical defensive efforts secured the Italians’ win, which  put them to the first place.

Last season’s runners-up produced a great opening quarter, thanks to its newcomers: Nemanja Ubovic  scored from the centre, followed by a trademark perimeter shot by Daniil Merkulov for a 2-0 lead, who  later sent the ball home from a man-up. Denes Varga also added one, while Jadran needed 5:18 minutes  to open the scoring and in the last seconds Soma Vogel denied them in a 6 on 4. To make it worse, Zvonimir Butic missed a one-on-one counter (his ball bounced above the bar) and  Marton Vamos sent the ball under the cross bar right from the next possession for 5-1. And the trend  didn’t change, Jadran wasted its next man-up without a shot, the hosts made the most of theirs, Gabor

Lorinc put it away from close range. Mile Smodlaka called for an emergency time-out but it offered  only temporary help – after Jerko Marinic-Kragic’s fine and smart lob, Jadran’s miseries came back.  The hosts netted another man-up while the Croats lost the ball in their 6 on 5, soon hit the post from a  penalty, then Vendel Vigvari surprised the goalie from the wing while Mate Anic moved out to try his  luck for a steal – instead he found himself on the bench. Incoming goalie Luka Podrug could not offer  an immediate solution as Vigvari beat him right away, after a man-up, not long after Antonio Duzevic  halted Jadran’s disastrous run. Still, it was telling that the visiting side could direct only 5 shots on  Vogel’s goal in the entire first half while Ferencvaros had 11 (out of 13), it was no wonder that it stood  9-3 at halftime.

Things changed somewhat after the middle break as Jadran managed to score from its first two  possessions, but Nemanja Ubovic’s brilliant centre goal took away a bit from their momentum. Still, the  Croats kept going, Marinic-Kragic sold another fine lob and soon the Hungarians overplayed an easy 3  on 2. At 10-6, it was Zsolt Varga’s turn to call for a ‘calming’ time-out, and that worked well as his player quickly scored three more for 13-6, Jansik’s centre shot was a class in its own. That erased  Jadran’s efforts entirely and turned the final period a mere formality. As a consequence, the level of  play dropped significantly – well, especially at Ferencvaros’ side since Jadran hit the rock-bottom much  earlier, so the gap remained six at the end.

After an exchange of man-up goals – two apiece –, the hosts netted the first one from action and as it  turned out it was a starting signal. Another man-up in the dying seconds in the first period, then two  more within a minute in the following one, and the Serbs were floored at 6-2. Then came one more  lucky goal when the Spaniards managed to collect the rebound in a 6 on 5 and score from the second  shot, and not much later their captain, Olympic champion Milos Cuk was out with three fouls, plus  Alvaro Granados, who got a spectacular punch from Cuk, buried the ensuing penalty and Barceloneta  led 8-2.

Radnicki had a miraculous comeback on Day 2 when they managed to tie the game against  Ferencvaros despite trailing 7-11 in the fourth – but this one looked different. And it was indeed.  Though a Serbian team never gives up, and after Barceloneta’s 6-0 run and a silence of 10:30 minutes  Radnicki finally scored again, then in the third they managed to gain some ground and came back to 10- 6.

But that was the closest they got, the Spaniards earned a penalty in a man-up and Felipe Perrone put it  away 17 seconds before the last break for 11-6. Josip Vrlic delivered his usual goal from the centre – he  spent some fine years in this pool – but the Spaniards had the last laugh, scored two more from extra to  reset the six-goal difference and snatch a really important win.