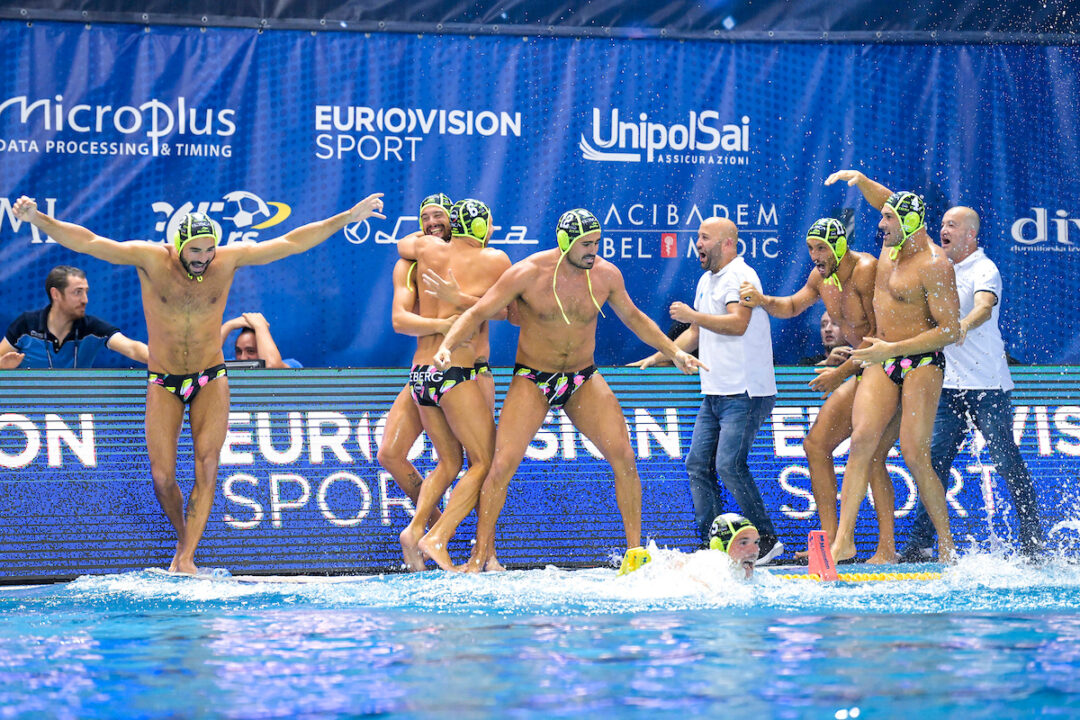 Within 24 hours, two big matches are to be played alongside the Adriatic coast in the second round of the Champions League. First, title-holder Recco visit Split on Tuesday, then F8 participant Marseille clash with Jug in Dubrovnik on Wednesday. Also, the rematch of last year’s bronze medal game between Brescia and Ferencvaros promises some extra excitements.

As Recco’s Croatian centre-forward Luca Loncar put it, the title-holders have not been used to chasing others in the rankings but now this the case. After Recco were downed by Olympiacos in the opening round, the Italian giant is under pressure to win this following match. But it’s going to be another tough test as Jadran is getting stronger and stronger and in Split they can pose a threat to anyone (the last time Recco lost back-to-back matches in the League dates back to 2014 when they finished last in the Final Six.)

The other ‘big boys’ in Group A seem to have an easier task, though Olympiacos need to erase some bad memories as they stunningly lost in Tbilisi last season when they were counted out from the race for the Final Eight. Barceloneta should be sharp but beating Vouliagmeni even in Athens should not be an extraordinary challenge. The clash of Radnicki and Hannover is crucial since behind the big three, Recco, Barceloneta and Olympiacos, these two sides are considered the top contenders for the fourth qualifying spot.

Group B will offer some thrilling matchups too. Jug took a disastrous start and lost by five goals to Brescia, and it won’t be any easier against Marseille. Last season the French surprised them in Dubrovnik, though Jug hit back in the last round of the prelims, only to lose to them once more in the F8 in the game played for the 7th place.

On that day FTC and Brescia met later, for the bronze, and the Hungarians won by the very same scoreline (14-12) as a year earlier in the semi-final. These two have always been entangled into outstanding battles in recent years, so this upcoming one is a must-see encounter for all water polo fans.

Runner-up Novi Beograd took a flying start in Berlin and now play at home with the other Hungarian representative OSC, which were seconds away from upsetting Marseille on the opening day. The Serbs are the favourites, but the Magyars will have a word or two. In Sabadell two losing sides face off, Spandau arrive in much better shape than they had had two weeks ago, when most of their players just recovered from Covid.

Watch all the games in LEN TV, for free live streaming and more visit www.championsleague.len.eu