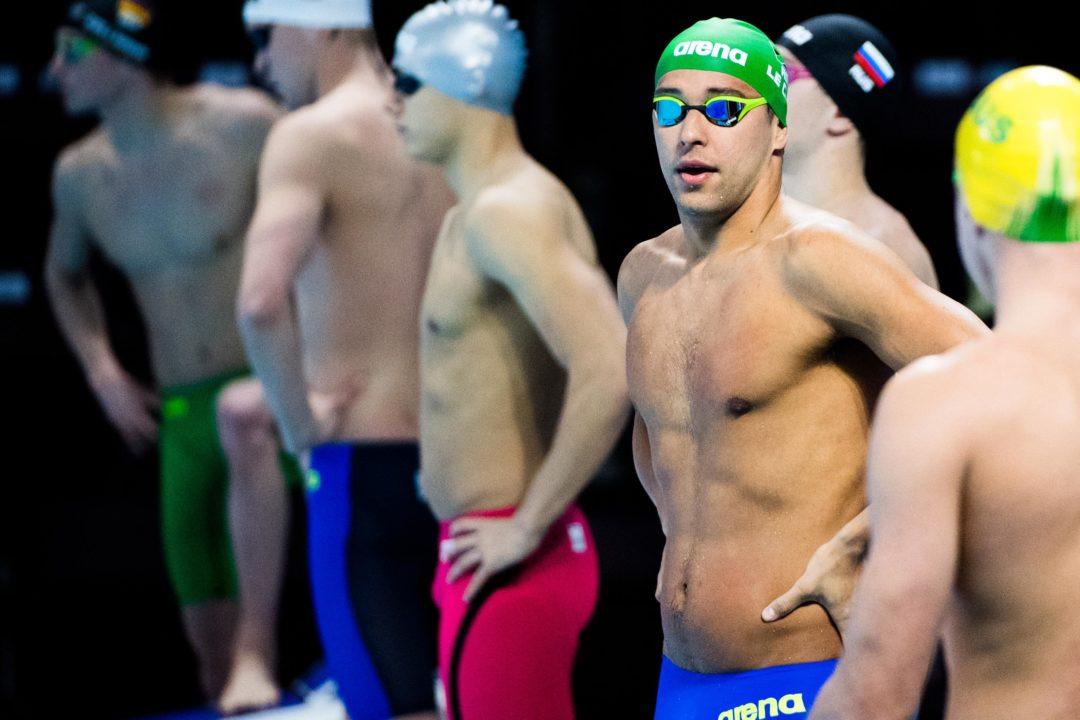 After a big swim yesterday in the men’s 200m freestyle final, 2016 Olympic silver medalist Chad Le Clos cranked out another impressive swim tonight in the 200m butterfly. After carefully calculating his prelims and semi-final efforts in light of his other swims, Le Clos started out yesterday morning with a pedestrian time of 2:05.63, followed by a on-the-move 2:00.88 in last night’s session. Today, however, the 24-year-old turned up the heat to win the gold in a time of 1:55.00, the #2 time in the world so far this season.

Le Clos’ time tonight outperformed his 1:56.54 effort from earlier this year at the Grand Prix in Stellenbosch in February. In that race, Le Clos registered splits of 54.81 and 1:01.73. Compare that to tonight’s outing, where he took the first 100 out on 54.77, but managed to hold on much more efficiently and clock a closing 100 of 1:00.23 to score the 1:55.00 in Durban and collect his 3rd World Championships qualifying time this meet.

Matthew Meyer won the men’s 800m freestyle tonight and came gut-wrenchingly close to the FINA A cut with his final result. Meyer checked in with a winning time of 7:54.53, just .22 off of the Budapest qualifying time of 7:54.31. As a small consolation, Meyer now ranks as the 4th fastest time in the world in the event.

Zane Waddell, who swims for the University of Alabama stateside, took the top seed in tonight’s 100m freestyle semi-final. The 19-year-old clocked a time of 49.55 to represent the only swimmer under the 50-second threshold. He’ll attempt to achieve the FINA A cut of 48.93 during tomorrow night’s final.