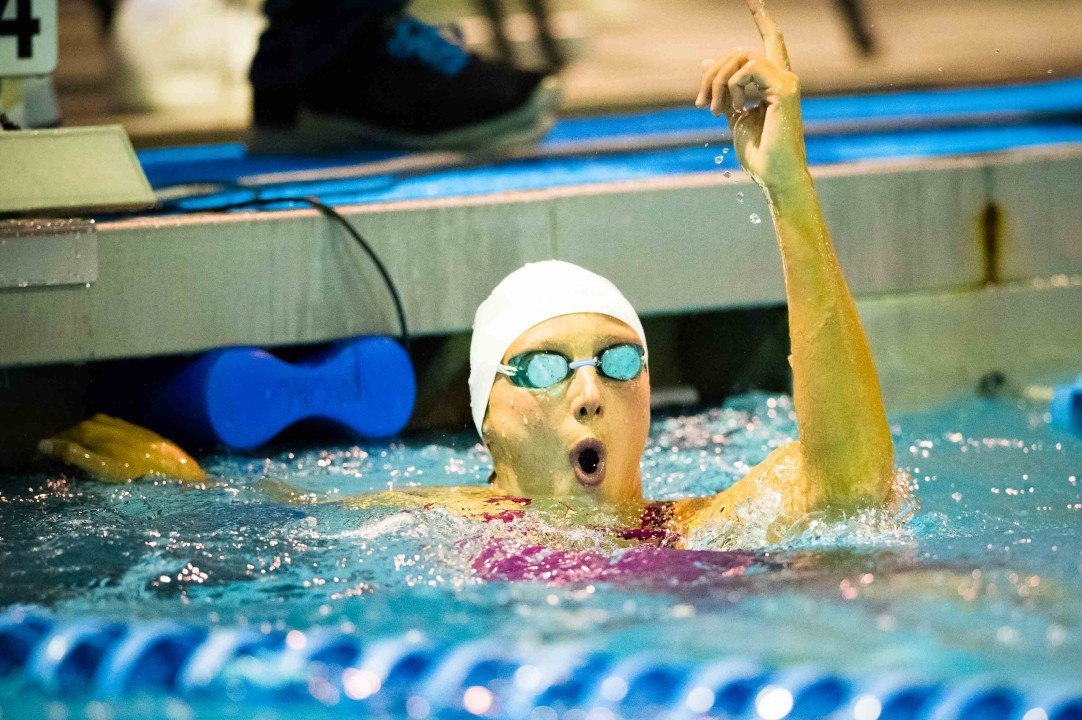 As per usual World Cup Champion Katinka Hosszu did not take long before getting back into competition. Hosszu joined her... Archive photo via Mike Lewis/Ola Vista Photography

As per usual World Cup Champion Katinka Hosszu did not take long before getting back into competition. Hosszu joined her fellow countrymen and women on the third day of the Hungarian National Championships in Százhalombatta.

Hosszu not only collected five national titles on her first day of competition, but she also set a new Hungarian national record in the 50 butterfly winning the event in a time of 26.17. Hosszu’s time breaks the record of 26.19 set by Eszter Dora in 2009.

Hosszu stole the headlines on day three of the competition, but Laszlo Cseh and Evelyn Verraszto were the stars of the first two days of the championships.

Does she know the words vacation or rest?

Actually, Katinka tied her own 50 Fly National Record in that swim during Hungarian Nationals. She broke the record in the Heats during the Singapore Stop of the World Cup.