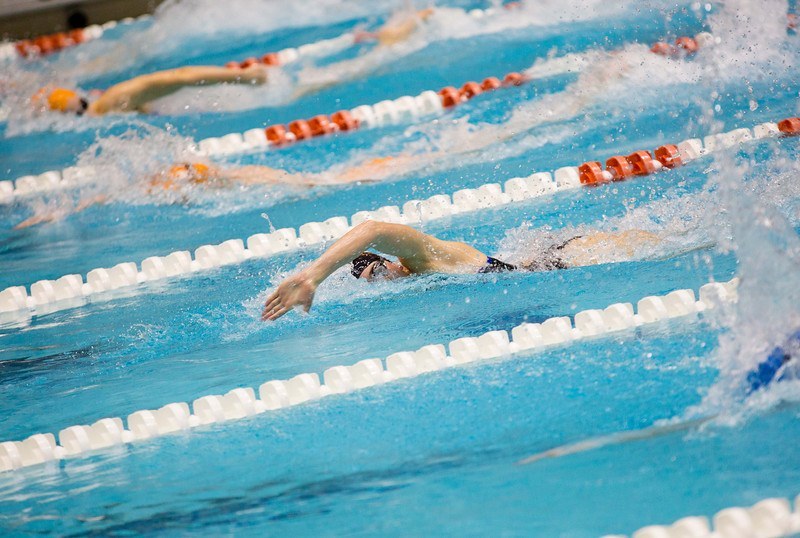 The girls of Campolindo High School powered away with a Diablo Foothill Athletic League (DFAL) championships Saturday, while the Las Lomas Knights topped defending North Coast Section Champions Campolindo on the boys side.

The two teams will rematch in the NCS Championships (with psych sheets due out early this week), but the Las Lomas boys drew first blood, taking the DFAL title by 38.5 points.

The Knights had to overcome some relay adversity – Campolindo touched out Las Lomas for wins in the first two of the three relays.

Then in the 200 free relay, Sivesind, Griffin, Shieman and Cole Stevens went 1:26.10 to win by an even narrower margin – .05 – over Horner, Middleton, William Knox and Lutzker of Las Lomas. In this one, Campolindo trailed heading into the final leg, but Stevens put up a 21.6 that was good enough to run down the Knights.

Las Lomas got some big individual swims to make up for those relays, though. Horner pulled a very tough double, coming off the 200 medley relay to go 1:43.38 for the 200 free win. In addition, Lutzker picked up a win in the 100 breast late in the meet, going 57.91. Their teammate Iaroslav Titov claimed diving with a huge score of 446.95 to boost the team as well.

The other individual winner was Austin Wentzel of Acalanes, who won the 500 free in 4:45.94.

For the girls, Campolindo won 7 of 12 events for a dominating team title. The bulk of the damage was done in a four-event stretch early on.

First, Mary Ashby won the 50 free, cracking the 24-barrier at 23.98. Morgan Matranga followed that up with a 467.60 win on 1-meter diving, before Allison Stevens won a touchout to keep the ball rolling in the 100 fly. Her 55.60 just nipped Danielle Taylor of Dougherty Valley.

But the remaining events were all Campolindo. Hannah Grubbs led a 1-2-3 finish in the 100 back that essentially iced the meet. Her time was 55.48.

May want to point out that Usinger’s two swims were meet records (200 by over 2 secs). Seemed to have jumped right to the dominance of Campo…….