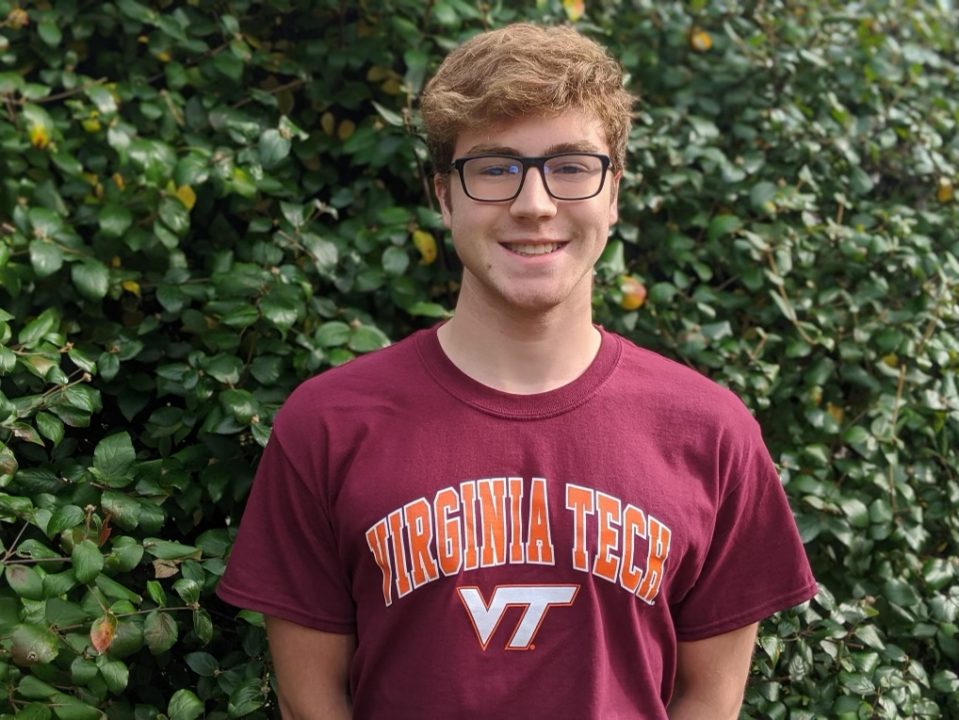 On night 1 of the Richmond Futures meet, 17-year-old Landon Gentry posted one of the fastest 200 butterfly times in age group history with a time of 1:58.79. Archive photo via Landon Gentry

On night 1 of the Richmond Futures meet, 17-year-old Landon Gentry posted one of the fastest 200 butterfly times in age group history.

Gentry, who swims for Nation’s Capital, dominated the men’s 200 meter butterfly, posting a time of 1:58.79 to win the event by over 3 seconds. For Gentry, the swim marked a new personal best by four tenths of a second, improving upon his time of 1:59.17. In addition, Gentry’s time from tonight is over a second faster than the 1:59.85 that he swam at Wave II of the US Olympic Trials meet last month.

With his performance, Gentry now ranks 28th all-time in the 17-18 age group, just ahead of Carl Bloebaum’s 1:58.90 from Wave I of Olympic Trials. At only 17-years-old, Gentry still has another full year in the age group to improve upon that ranking.

Behind Gentry, 16-year-old Joshua Parent from Bluefish placed 2nd overall in a new personal best of 2:02.01. For Parent, this marks a 1.6 second drop from his previous best time, and moves him up to a tie for 72nd all-time in the 15-16 age group.

The women’s 200 freestyle featured a tight race between three of the country’s top 16& under swimmers, with NCAP’s Erin Gemmell coming out victorious. Gemmell, an Olympic Trials finalist, touched the wall in a time of 1:58.82 for the win. Just behind her, 14-year-old Claire Weinstein from Westchester Aquatics dropped a time of 1:59.35 for second place. Both swimmers were slightly off of their best times. However, Gemmell’s teammate Camille Spink had a huge swim for 3rd place, slicing 2 seconds off of her best time to swim a time of 1:59.58.

In the women’s 200 butterfly, 17-year-old Martina Peroni from New Albany Aquatic Club also climbed the all-time rankings. Peroni touched the wall first in a time of 2:12.49, cutting about a tenth of a second off of her best time. With that drop, Peroni managed to place herself within the top-100 all-time swims in the 17-18 age group, coming in as the 97th fastest performer in age group history.

Fellow 17-year-old Kathryn Forrester from Bluefish came in second with a time of 2:13.16, falling just outside of the top-100 rankings. However, her time marked a lifetime best by over 2 seconds.

17-year-old Rylan McDaniel from Hudson Explorer Aquatics led the men’s 100 breaststroke with his winning time of 1:03.38. McDaniel cut almost a second and a half off of his best time with his swim, going under 1:04 for the first time and winning the race by almost a second. 22-year-old Eric Veit and 18-year-old Joseph Rusnock rounded out the podium with times of 1:04.00 and 1:04.39, respectively. With his swim, Rusnock sliced over 3 seconds off of his best time entering the meet.

21-year-old Yale swimmer Mary Buckley came away with the victory in the women’s event, winning in a time of 1:11.20. Buckley’s performance marked a personal best by almost a second. Behind Buckley, 16-year-old Eleanor Sun placed 3rd overall with a time of 1:11.95, which ranks her 100th all-time in the 15-16 age group.