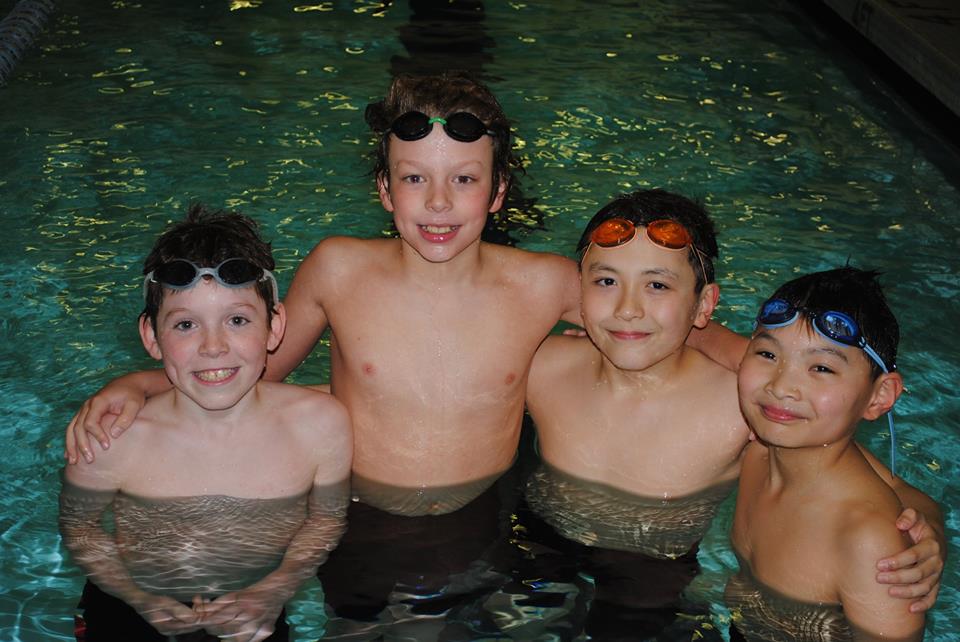 Sipowski swam a 20.76 as part of another flood of best times for Flood Aquatics swimmers on day 4 of their unsanctioned intrasquad meet.

Oregon Swimming’s oldest record, the 9-10 boys’ 200 Medley Relay record from 1968, was finally relegated to ancient history at the OSI 10 and Under State Swimming Championships in Corvallis, Oregon, on February 21, 2015.

A relay team made up of three 10-year-olds and one 9-year-old from the Lake Oswego Swim Club didn’t have plans to break the state’s oldest swimming record. They just went out in hopes of swimming their best and getting a gold medal.

The teammates instead swam their way right into Oregon Swimming’s record book.

Ten-year-olds James Kang (backstroke), Andrew Huang (breaststroke), Nick Simons (butterfly), and nine-year-old Walker Godfrey (freestyle), took down a record set by a team from so long ago, the record only includes the club name, David Douglas. The individual swimmers are long since lost to history.

“Coach Mike came up to us right after the race and said ‘You guys just broke the state record!’ We couldn’t believe it,” said Nick Simons, 10, who swam the butterfly leg. The relay team, coached by Mike McGrath and Courtney Szper, was ecstatic.

The young swimmers did the math and realized that the 47-year-old record was set by boys who are now 56 or 57 years old.

According to Oregon Swimming’s database, the 1968 record was the oldest remaining record for both relays and individual events. There was no older record, for men or women, in any other event.

Wow! That is incredible that a record stood for that long – congratulations to the boys from Lake Oswego! Out of curiosity, does anyone know what the oldest LSC record in USA Swimming is?

That’s awesome. Nice job guys! I have a new challenge for you… I once ate two XL pizzas in a single sitting. Try to beat that!