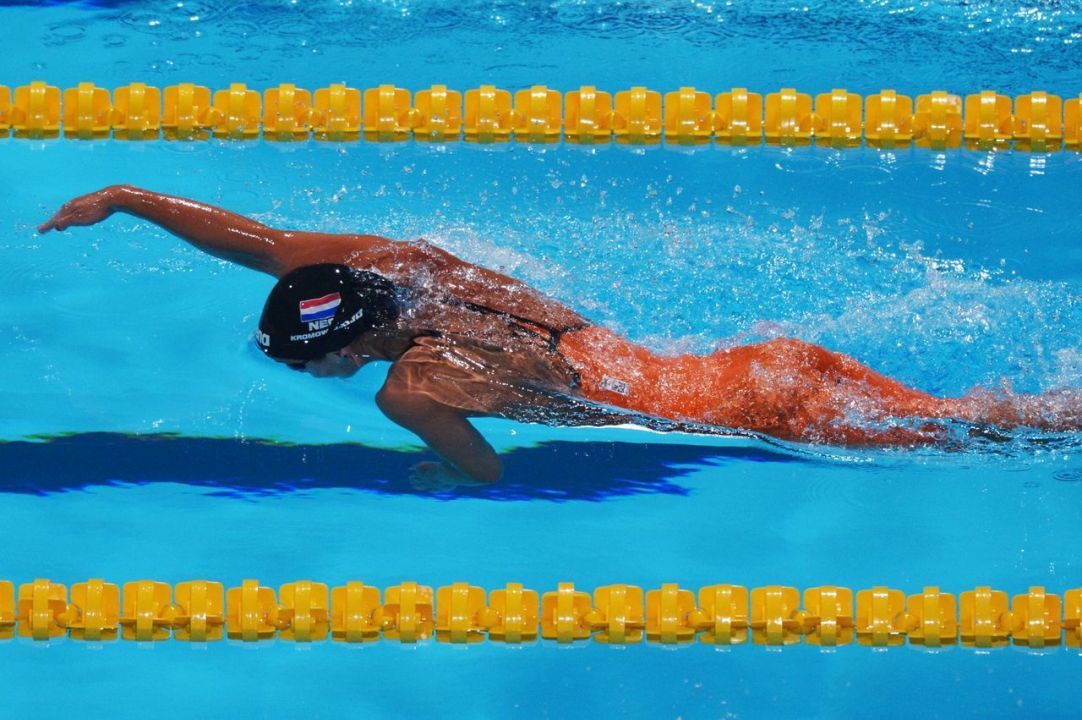 Sprint star Ranomi Kromowidjojo is one of the most crucial components of the recently announced Dutch Olympic roster, as the... Archive photo via (courtesy of Arena International)

Sprint star Ranomi Kromowidjojo is one of the most crucial components of the recently announced Dutch Olympic roster, as the 25-year-old freestyle specialist is looking to defend her dual gold medals in the women’s 50m and 100m freestyle events from 2012 in London. As frequent she throws down 53-second flat start 100 freestyles, Kromowidjojo is also a critical piece of her nation’s 400m freestyle and 400m medley relays.

Therefore, when Kromowidjojo reportedly slightly injured one of her spinal discs this week while weight training, the athlete was given immediate care. With the incident occurring just 20 days out from Rio, the Dutch dynamo ‘has been taking it easy for a few days’ according to her coach Patrick Pearson, but is already back in the pool. (ad.nl)

Said Pearson of the incident, “This is obviously not the best timing to run into an injury but having a few days of less intensive training will have no impact on her Road to Rio.” Her coach confirmed that there is ‘no reason to panic.’

Kromowidjojo will still leave with her squad as scheduled next week to Sardinia for pre-Rio camp.

Ranomi swims fast every time she jumps into the pool, just like Justin Gatlin on track.