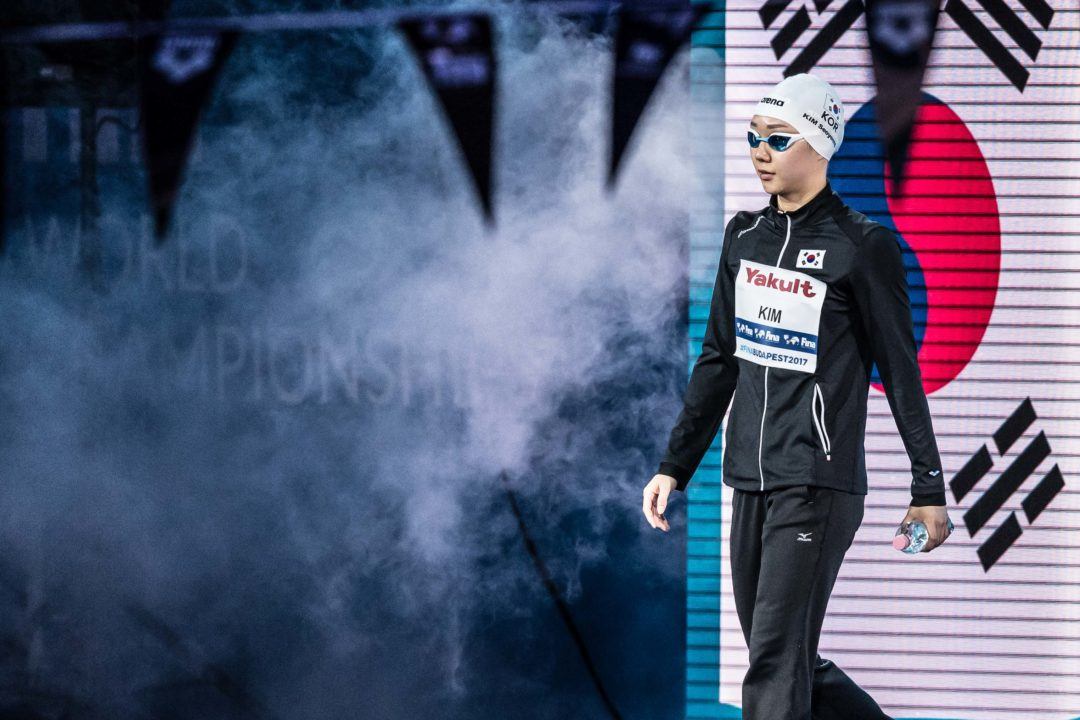 There's been a last-minute change to the 2019 Korean World Championships Trials, as the nation's swimming federation has been asked to move the dates and location of the event due to conflicts with preparations for this summer's main FINA event. Archive photo via Mike Lewis/Ola Vista Photography

There’s been a last-minute change to the 2019 Korean World Championships Trials, as the nation’s swimming federation has been asked to move the dates and location of the event due to conflicts with preparations for this summer’s main FINA event.

Originally planned for June 1st – 4th at Nambu University Aquatics Center, which doubles as the site for this summer’s World Championships, the Trials will be moved to Gimcheon Swimming Pool. The new dates are May 18th – 21st, which means swimmers now have 2 fewer weeks to prepare to qualify for the biggest non-Olympic long course swimming competition.

The event line-up for the rearranged meet will remain the same.

Of note, the Korean Nationals are now closer to the timing of the FINA Champions Swim Series meet #2 taking place in Budapest, Hungary. National Record holder Kim Seoyeong is slated to compete in that event, which takes place on May 11th and 12th, with Trials now scheduled for just the week after.

As for Korea’s most successful swimmer of all-time, Park Tae Hwan, he has been busy with his duties as an official ambassador for the 2019 World Championships taking place in his home nation. As we reported, it’s becoming more suggestive that a role outside the pool may be all that Park will be offering in Gwangju.