Kevin Cordes Moving to Train With Sergio Lopez in Singapore 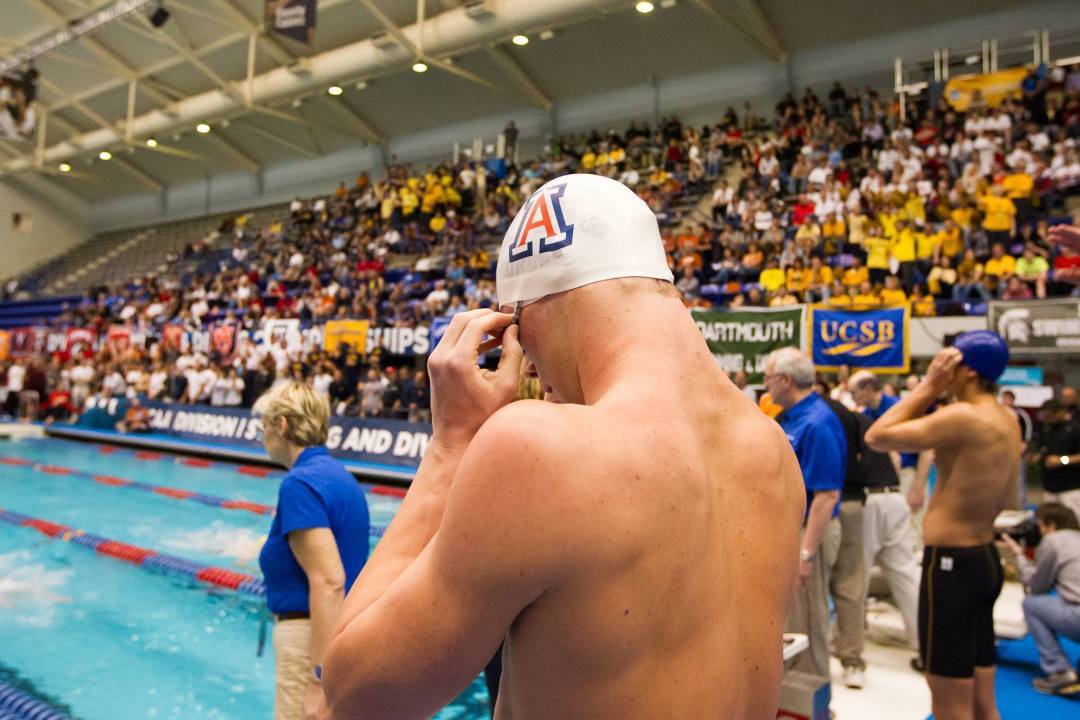 As Singapore is preparing to swim in (and host) their first major international competition, the regional multi-sport SEA Games, since... Archive photo via Tim Binning/TheSwimPictures.com 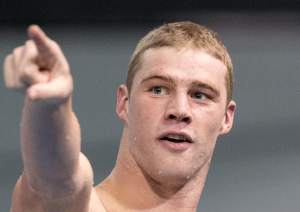 As Singapore is preparing to swim in (and host) their first major international competition, the regional multi-sport SEA Games, since former Bolles Swim School coach Sergio Lopez took over as the head of the National Training Center swimming program, they are being joined by some high-powered NCAA stars.

The one is predictable – Joseph Schooling, the defending NCAA Champion in the 100 and 200 yard butterflies, has returned home for a few weeks of training. He swam under Lopez during his high school years in Florida, and will represent his home country at the SEA Games. Schooling is a Singapore native, and besides the draw of the international competition, it’s fairly common for Texas swimmers to train with their home clubs after their freshmen seasons of college.

The other splashier news is that 2013 NCAA Swimmer of the Year, and American World Championships team member, Kevin Cordes will join Lopez’s training group as well.

Cordes will spent a few days after this weekend’s Mel Zajac Invitational continuing to train with Canada’s top breaststroke coach, Jozsef Nagy, before he makes the trip to Singapore.

“For someone like Cordes to choose to train with the NTC squad speaks volume about what we are doing and what we have here in Singapore,” Lopez said. “We have breaststroke swimmers like Christopher Cheong and Lionel Khoo who could directly learn a lot from him but for the other swimmers as well, they can see how Cordes trains and learn how it is to be world class in terms of training standards and attitude/”

“This is one part of the jigsaw puzzle that will help grow swimming in Singapore. We have brought in a world class coach in Sergio and with the world class sport science support that we are getting from SSI, we are moving towards achieving our goal. Our next step is to bring in world class foreign athletes to spar with our athletes,” said Oon Jin Teik, Secretary-General SSA.

“With the Rio 2016 Olympic Games not far away, our focus was to have someone that is preparing for the Games and Cordes is definitely someone that has a great potential of even winning the gold medal in Rio and we know that by having someone like him here in Singapore, it will greatly benefit our swimmers.”

“Since we started the NTC squad, we have seen a lot of improvements in our swimmers. We have had Quah Zheng Wen clocked an ‘A’ qualifying time for Rio Olympic Games and elder sister, Quah Ting Wen, clocking a ‘B’ qualifying time. By having someone like Cordes to train alongside them, it will inspire our athletes to be like him,” said Joscelin Yeo, Vice-President (Swimming), SSA.

In Lopez’s short time with the program, huge improvements have already been seen, and from June 6th-11th, the squad will have the opportunity to show that off as they look to improve upon the 30 medals that they won at the 2013 SEA Games (that led the medals table).

Though 2013 was a successful event for the federation, they didn’t win a single medal in men’s breaststroking, which is where Lopez hopes the model of Cordes will make an impact.

Cordes was the 8th-ranked 100 long course meter breaststroker in 2014, swimming a 59.70 at the Pan Pac Championships, and has been the fastest American each of the last two long course seasons.

“I made the important decision to train with Sergio as I believe this will provide me the individual attention, focus and relationship to help to continue improve for the upcoming World Championships and 2016 Rio Olympic Games,” said the 21-year-old Cordes.

“I am excited for this change and strongly believes this gives me the opportunity to maximise my success both individually and for Team USA. I am grateful for the full support of coach DeMont (Rocket), USA swimming, SSA and SSI in this endeavour.”

Cordes won’t swim the 100 breaststroke individually at the World Championships, thanks to a DQ in finals at the Pan Pac Championships, but he will swim the 50 meter and 200 meter races.

He just completed his collegiate career as a six-time NCAA champion, and has been a member of the 2012 and 2013 World Championship squads.

I think that not many people had predicted that move. 🙂

You are right ,I can’t really tell how this move will effect him training wise. I think he had a good training set up at Arizona.

After spending 9 years with Sergio at West Virginia and Bolles this in my mind is a tremendous move for Kevin! He will learn from one of the best breaststroke coaches in the world!!! Continued success for both!!! #WaveBreastStroke #ChangeSpeeds #LungeForward

It sounds like Cordes will continue to train with Lopez until Rio, Breatrstroker.