Kevin Cordes Happy with Record Swim, Says He Could Have Swum The Race Smarter 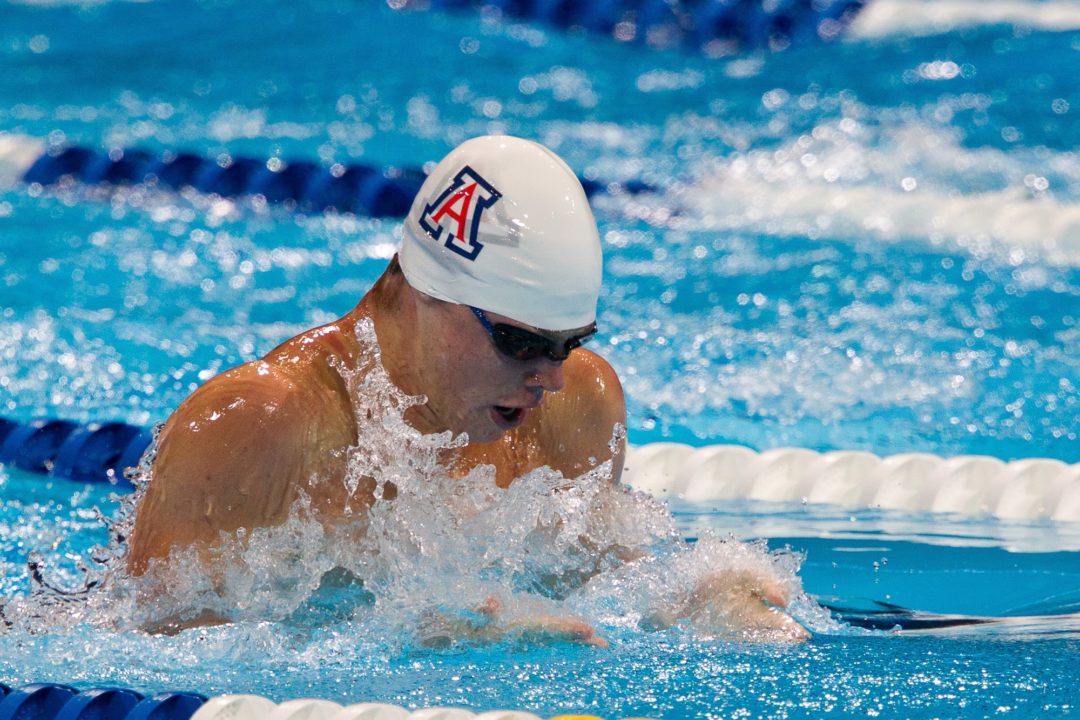 Arizona sophomore Kevin Cordes re-broke his own American Record in the 100 yard breaststroke for the third time this season, posting a .

That much was expected. Really, after what he’s done at this meet, nobody was surprised that he took out the suited 2009 record of Cal swimmer Damir Dugonjic at 50.86 that was the old NCAA and U.S. Open (aka fastest time ever) record.

Cordes had already taken down Dugonjic’s all-time best record split on Thursday night when he was a 49.56(Dugonjic was never better than 50.24). Despite going well under 50 seconds on the relay, and the math with reaction times and the like pointing toward a potential 49-second swim, it didn’t happen here.

That shouldn’t diminish how good Cordes’ result was. Dugonjic at his time was maybe the best NCAA breaststroker we’ve ever seen, and he was wearing polyurethane. Nobody beat Dugonjic in this race for three years at nationals, and now Cordes has taken down his record in a jammer.

Comparing splits to Dugonjic’s, even though Cordes said in a post-race interview that he pushed the front-half, it was the back-half of this race that got him the record.

That, combined with what we’ve seen from Cordes all weekend, makes him a big, big favorite in the 200 breaststroke, with more records likely to go down in that race.