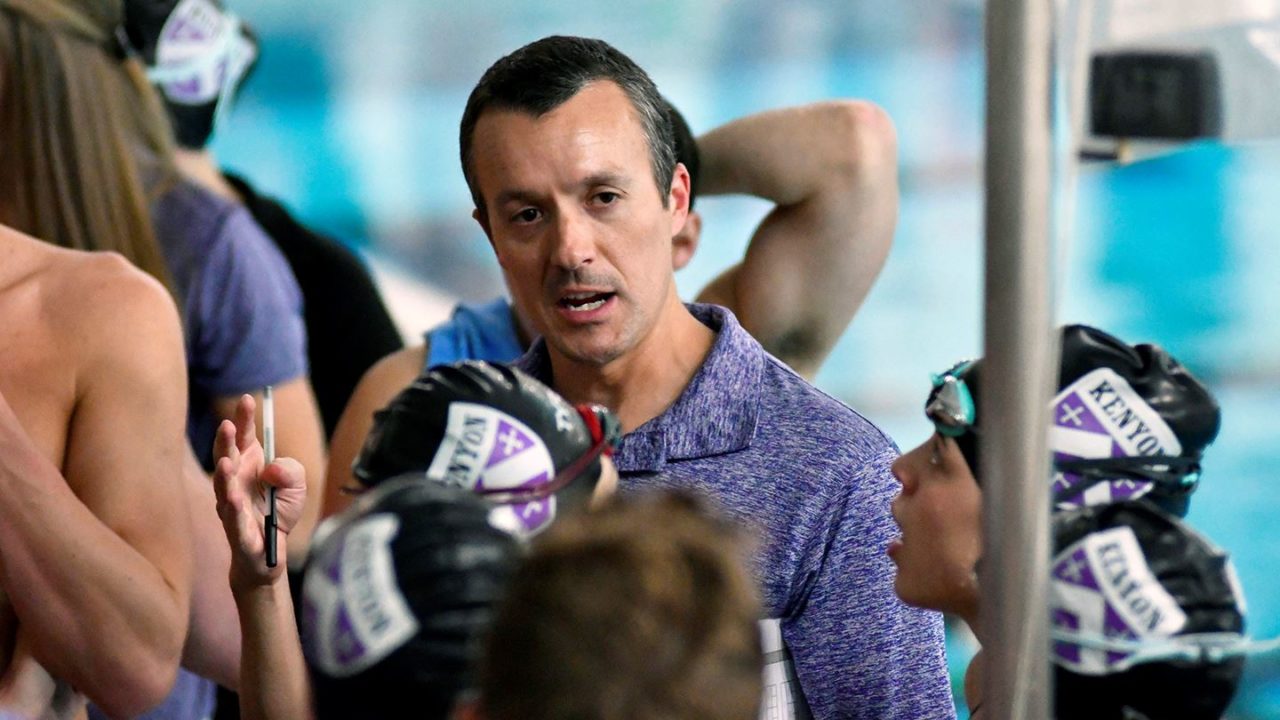 Book, at the helm of the Lords program since 2013, directed the Kenyon men to their first NCAC Championship since 2008. His conference Coach of the Year award was a first, although he previously claimed the honor three times as head coach of the Kenyon women’s program.

The Lords scored 1,913 points at the conference championships and brought to an end Denison University’s 11-year reign atop the NCAC. The Lords logged 30 All-NCAC finishes at the championship and collected 11 NCAC event titles over the four-day meet.

Kontura, in his third year at Kenyon, earned his second consecutive Diving Coach of the Year award after Albrecht dominated the competition at the conference meet. Albrecht won both the one-meter and three-meter boards, posting respective regional qualifying scores of 458.90 and 500.05. Additionally, Albrecht’s classmate, Mason Fishell, took the runner-up spot in both competitions, leading the way for Kenyon to rack up a combined total of 181 points in diving.

The announcement of the awards marked the first time in program history that members of the Lords staff won both coaching awards in the same season.