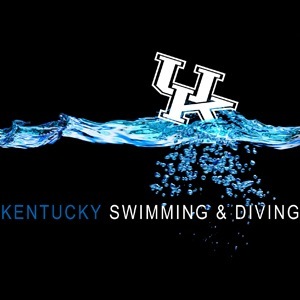 Pittsburgh-area swimmers Kathryn Painter and Kayla Churman, plus Ohio's Geena Freriks, have verbally committed to join the Wildcats next season. Current photo via University of Kentucky

The Kentucky Wildcats have gotten three verbal commitments to open up the recruiting season, bringing in two women from the Pittsburgh area and one from Ohio.

Pittsburgh’s Kathryn Painter is an IMer and 200 butterflyer who comes to Kentucky from the Norwin Aqua Club. She won dual titles for Norwin High at the WPIAL (Western Pennsylvania Interscholastic Athletic League) meet last spring and had a big summer as well, with lifetime-bests in all three of her top races. She brings in times of 2:01.78 and 4:19.29 in the 200 and 400 IMs, plus a 2:04.64 in the 200 fly. Those IM times are just outside what it took to score at SECs last year, so with a solid freshman season, Painter could be a top-24 candidate in the deep SEC.

Kayla Churman is from nearby Wexford, PA, and swims for the Allegheny North Swim Club and North Allegheny High. Churman specializes in sprint back and fly, with top times of 54.86 in the 100 fly and 56.57 in the 100 back. She and head coach Lars Jorgensen will have to figure out which stroke she ultimately specializes in, as she could probably add the 200 of either discipline to her lineup. Her top 200 back time is 2:04.56 and her best 200 fly 2:08.08. Both of those longer distances will take some improvement, but Churman’s 100 fly is already within striking distance of SEC points based on last year’s times.

The third commit comes from Geena Freriks out of Huron, Ohio. The sprint freestyler swims for the Vacationland Swim Team, plus Norwalk High School. Freriks looks like a solid 50 and 100 freestyler with some upside in the breaststrokes as well. She comes in with top times of 23.59 and 51.39 in the 50 and 100 frees. Those should give her a shot at some conference relay opportunities especially since three-quarters of both the 200 and 400 free relay teams from 2014 will graduate before Freriks arrives.